Each day that I spent in Prague revealed more of the city’s fairy tale landscape and its centuries-long history. My first view of the city was from the Charles Bridge and I was convinced it was the loveliest, most evocative view of Prague, but every subsequent day revealed new and equally enchanting vistas. 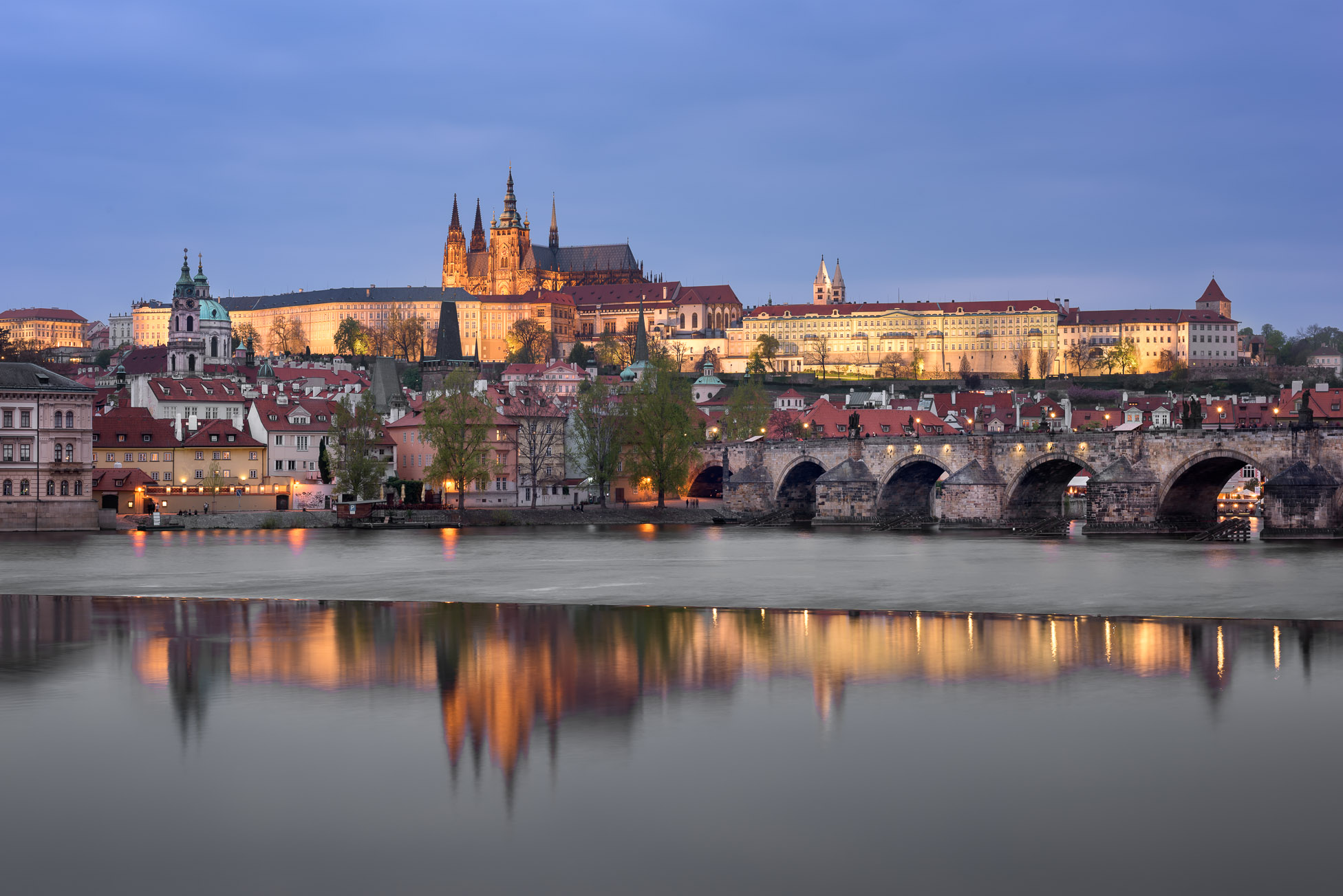 Prague is a city divided by the Vltava River, and the sinewy river is the central artery of the city, around which it has developed for the past millennium. Whether from the Charles Bridge or another of the city’s bridges, I quickly learned that the best way to see Prague was from the water, from the river that is its heart.

From the right bank of the Vltava, I found that I could set up my tripod and capture sweeping views of many of the city’s most beautiful sites. From the right bank, I could capture Prague Castle and St. Vitus Cathedral, soaring above the city. It’s believed to be the oldest castle in Europe, built in the ninth century. For many visitors, the spires of St. Vitus represent Prague Castle, but the castle in fact occupies a vast compound of government and religious buildings at the city’s zenith. The castle and its surrounding buildings are the most recognizable structures on the city’s skyline.

As I explored Prague, I found myself thinking about history and the passage of time. For more than a thousand years, a city has occupied the banks of the Vltava, a longer span of time than many countries have existed. In its long history, Prague has withstood invasions and oppressive regimes, and it remains one of the loveliest in Europe. Walking the streets of Prague is a lesson in the expanse of time, a reminder of the brief span of time we occupy.

Lost in my thoughts of time and history and completely enthralled by this beautiful city, I continued walking its ancient streets.