Acropolis in the Evening, Athens

After exploring and photographing the Parthenon, I wandered around the Acropolis. It was easy to become lost in thought there, imagining Athens in the time of the philosophers. Eventually I made my way to the Areopagus, a large outcropping of rock to the west of the Acropolis. It was a rock with a dark history, as it was once the site of trials for those accused of homicide. 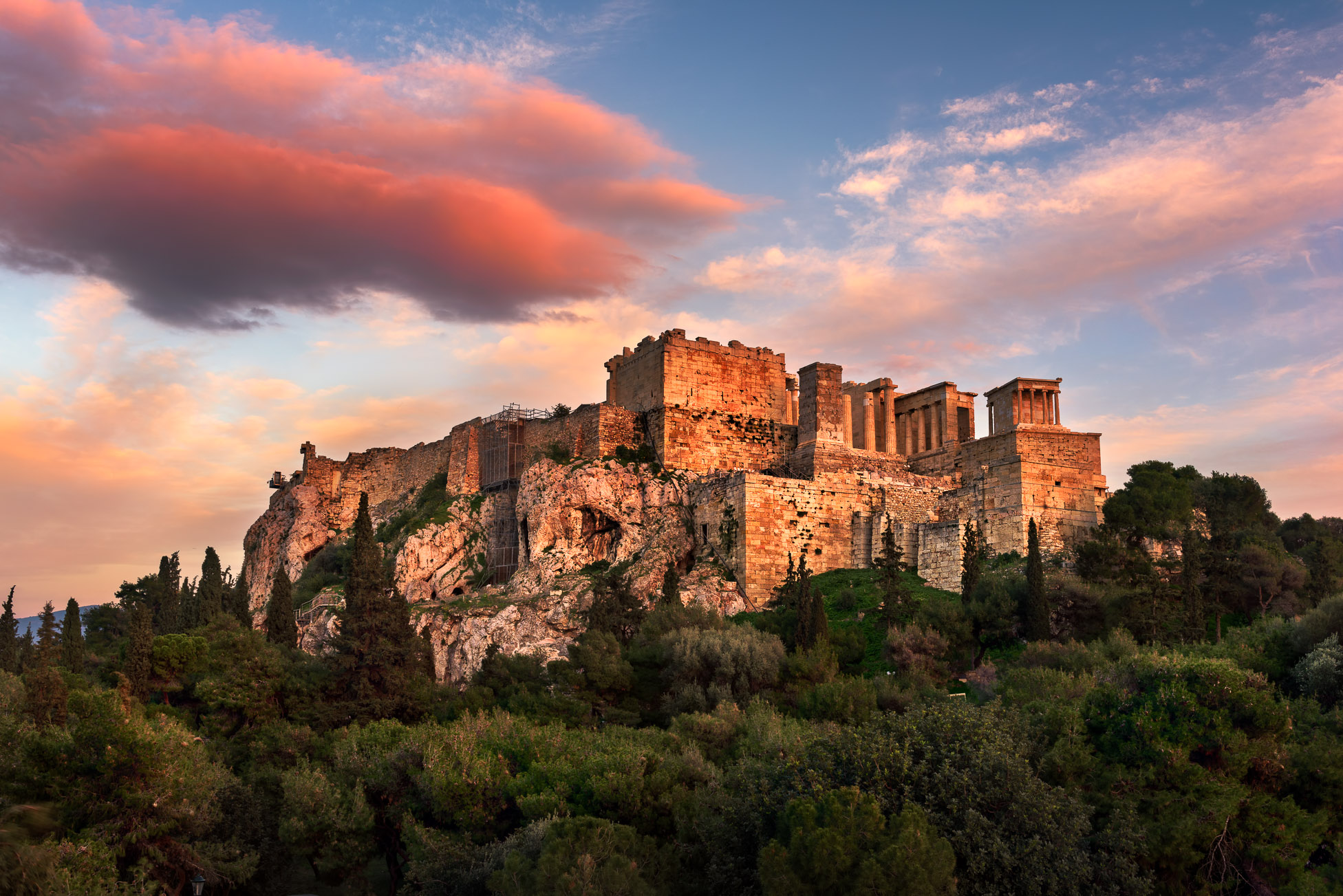 That wasn’t the only significance of the Areopagus. It is believed to be the site of a famous meeting between Alexander the Great and the philosopher Diogenes. Alexander, whose personal tutor was Aristotle, was as much a student of philosophy as a general. The brash young commander, who had already met and won the praise of many of Greece’s most influential philosophers, was dismayed that Diogenes had not yet come to meet him and chose to go to the philosopher himself. He found Diogenes on the Areopagus, reclining in the sun. Eager to win the philosopher’s respect, Alexander asked Diogenes if he wanted anything; the philosopher’s simple reply was “Stand out of my light.” Rather than feel insulted by the philosopher’s indifference, Alexander was impressed by his haughtiness.

I think of this meeting as I wander the Areopagus and set up my tripod to photograph the Acropolis from the other side. Looking over this grand city from this vantage point, I can imagine Diogenes with the sun on his face, speaking imperviously to Alexander. Athens can do that; it’s a city that inspires a feeling of grandeur. Lounging atop the Areopagus in the sun, I can imagine it must have been easy for the philosopher to speak indifferently to the man who conquered most of the known world by the time he was in his mid-twenties. I take my shots, and with a setting sun in my face, I feel a bit like a philosopher myself.