Tokyo Tower in the Morning

There is ultimate quietness occurring early morning in Tokyo, before rush hour and pedestrian traffic taking to the bustling streets. For those who wake early, the beauty of the modern city is breath taking. 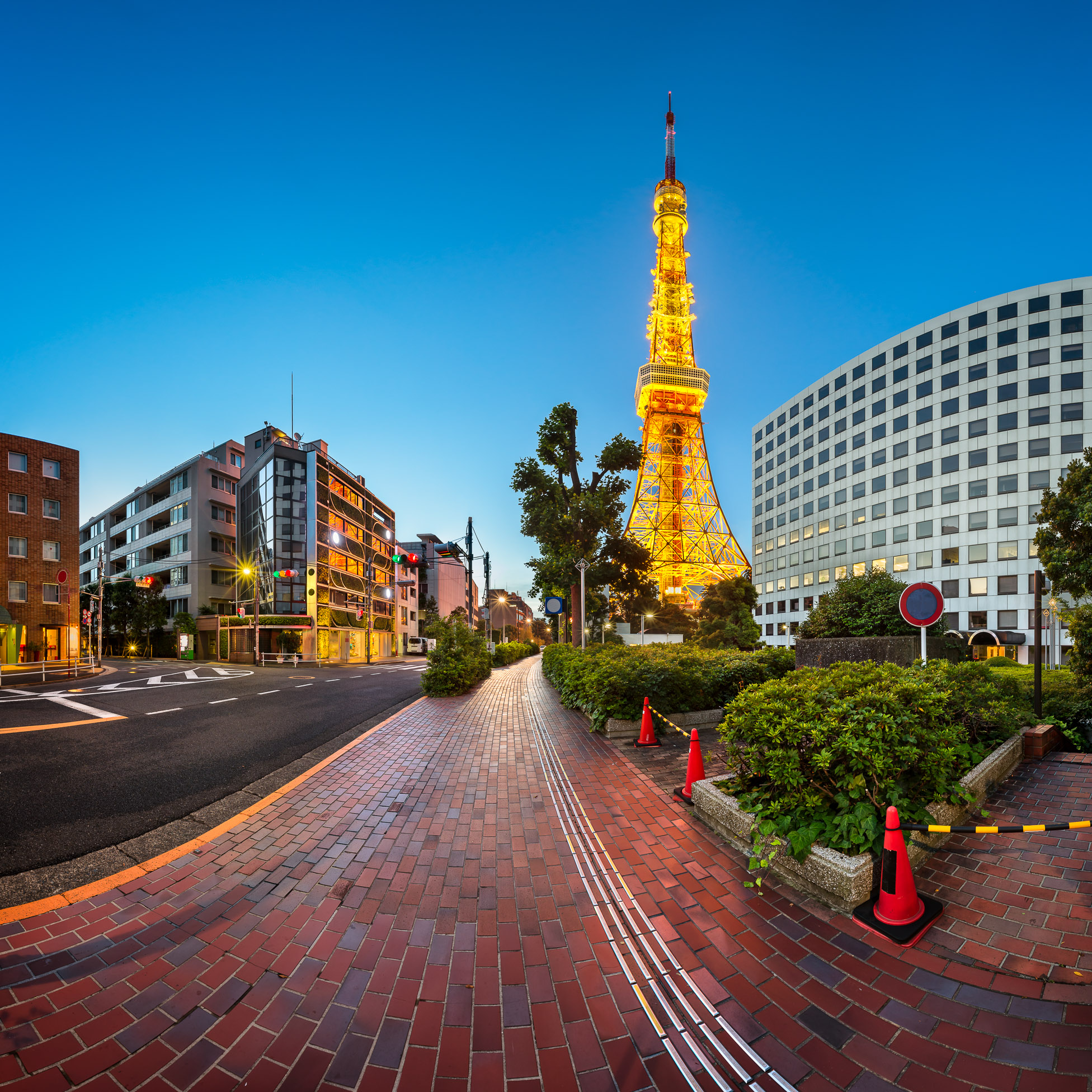 It is the best time to admire the soft round corners of the automotive lanes, the sharp shapes of the skylines, and Tokyo Tower standing as a memory of past building fever, while taller and sharper edifices are created.

We decided to stay in the surroundings of Tokyo Tower, the defining feature of Tokyo skyline. Designed in the 1950s to compete with the Eiffel Tower, its characteristic striking colours, orange and white; stand famous in the central area of the city. Built on an ancient Buddhist site, it still welcomes scores of visitors to enjoy the views of urban Tokyo and even of Mt Fuji, on a clear day.

With its specific arrangements of sodium vapour lamps, from October to July, Tokyo Tower is glowing softly in an orange light, as a seasonal arrangement, famous to many Japanese cartoons and movies. The orange bulbs light the different platform levels and the science fiction look of the tower is striking more than ever in the first hours of the day.

I chose to wake early, and to reach Shiba-Koen Street before the sun starts rising. I setup my tripod and panoramic head and went on choosing the composition with the road and the sidewalk leading the eye to the Tokyo Tower. I appreciated the surreal feel of being in one of the busiest city of the modern world, and focused on this rare moment of solitude.