Kachidoki, literarily “A Shout of Victory” is the most unique and only drawbridge on the Sumida River across Tokyo. It stands in the Japanese capital as a commemoration of Lushun battle in the 1940s, and is one of the closest bridges to Tokyo Bay. 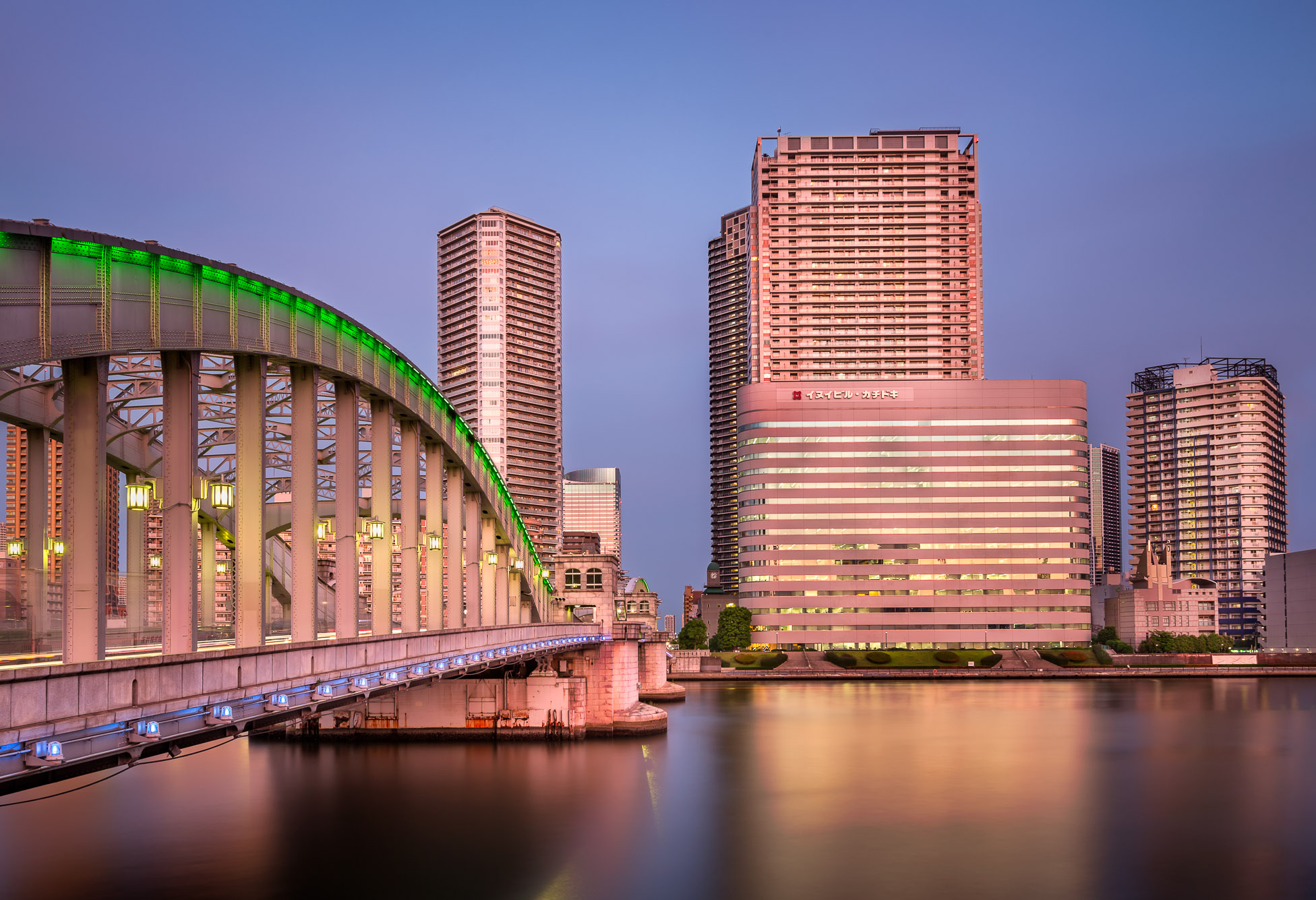 Once, it was the main point of passage for commercial ships travelling through Tokyo, but has not opened again since 1970. Nowadays it still fulfils the visitor’s expectations with its round shape and greenish illuminations of the iron infrastructure at night, close to the riverbanks, with Tokyo skyscrapers in the background.

The bridge is an entire character of a Manga comic book “Kochi-Kame” and also of the movie of the same name, relating to the life of a young boy and friends, who used to watch the drawbridge opening and closing again. The steel monster is very close the famous fish market, Tsukiji, waiting to be relocated in 2016.

After spending an exciting morning and lunchtime around Tsukiji Fish Market and its surroundings as well as tasting the local delicacies of sushi and sashimi, I decided to cross over the Kachidoki Bridge in direction of the Rainbow Bridge to preview my next night shot.

However, the metallic beauty of the Kachidoki Bridge, with its iconic shape and past history attracted me so much that I altered my plan to shoot the golden lights reflections on that same night.

Choosing the best position facing the bridge, both with the Tsukiji market and descending sun behind me, I carefully framed the Kachidoki Bridge and the skyscrapers on the opposite bank of the Sumida River.

As the natural light slowly vanished and the electric night lighting came along, with its green and blue shades, I shot many long exposure frames, with a neutral density filter on my lens to smooth the water riddles and clouds shades.

The final result can make you feel this special moment in a part of the city once the liveliest, after the sun has gone down, and all children and fishermen have returned home.