The Shard and London Bridge

London, I’ve found, is a city that has a curious ability to continually reinvent itself while maintaining its history. London has a strange talent to be at once a thoroughly modern city and also one that preserves and honors its past. 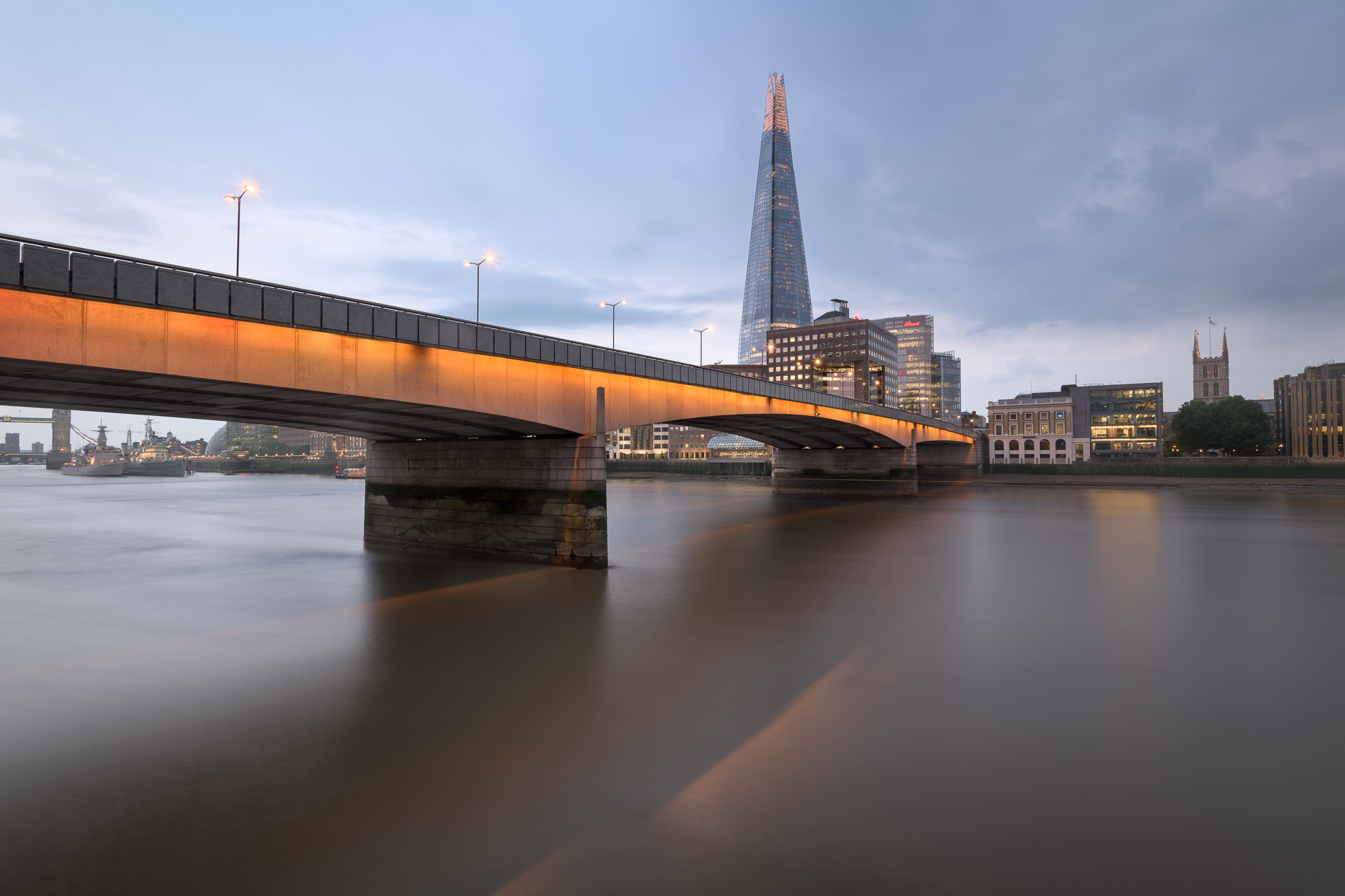 Along the Thames, a river as storied as the city itself, you see this — the past interspersed with the present. The London Eye taking tourists up above the vaunted Houses of Parliament and Big Ben. The beloved dome of St. Paul’s framed by the concrete and steel of the Millennium Bridge.

But one of my favorite photographs from my short stay in London focuses on a more modern view of the city. I set up my tripod across the river from the Shard, one of the city’s newest landmarks, which was just completed in 2012. The Shard, with its angular lines and spectacular height, is unlike anything else in the city and is immediately recognizable.

I situated this shot with London Bridge leading to the Shard and the waters of the Thames taking up much of the frame. One of the best ways to see any city, I’ve found, is by water. Rivers tell stories and the Thames has a multitude of them. As I often do when photographing water, I used a very slow shutter speed and ND filters to give the water a smooth, glassy look against the backdrop of the city.

This entry was posted in City and tagged England, London, United Kingdom.