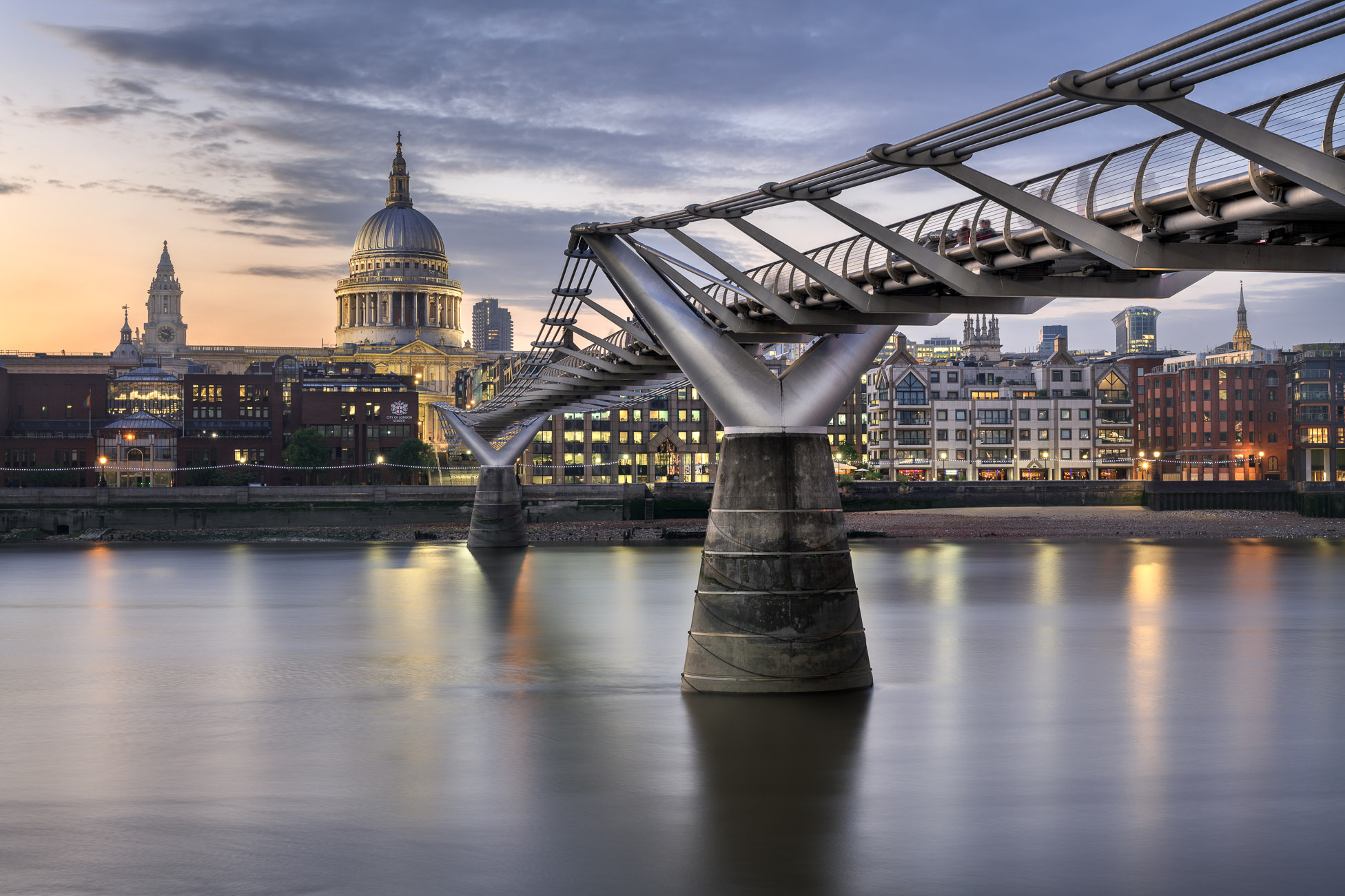 For a photographer, London is a wonderful city to explore. Every street, every bend in the road, reveals another landmark or iconic view. It’s hard not to be transfixed by history when you’re in London; there are pubs in the city that are older than many countries. What is London, if not a city for the ages?

This view of London is one of my favorites. In one image, the resilience and timelessness of London is captured through two iconic images: the Millennium Bridge and St. Paul’s Cathedral, built by Christopher Wren. One, a symbol of twenty-first century London, the other built in the years following England’s bloody civil war; the work of one century framing a view of another century’s masterwork.

Look at almost any photograph of London since the medium was developed and you’ll likely see St. Paul’s on the city’s skyline. The remarkable structure took decades to build, from 1675 to 1710. Like London itself, the cathedral embodies the steely resolve of the English people. Nazi bombs damaged it — one even landed in the nave itself — but the cathedral, guarded by brigades, withstood the war.

Sir Christopher Wren, who designed the cathedral, is entombed inside. For his grave, a simple marker with a Latin inscription that translates to: “Reader, if you seek his monument, look around you.” No other words are necessary for the man who designed one of the city’s most beloved landmarks.

This entry was posted in City and tagged England, London, United Kingdom.