There’s something to be said for the people who chose to settle on Santorini, for the faith and the mettle of people who perch their most important town on the vertiginous edge of a cliff. People come to Santorini for its spectacular, made-for-a-postcard views of blue-domed churches at sunset. But they don’t often give a lot of thought to the island’s inhabitants. 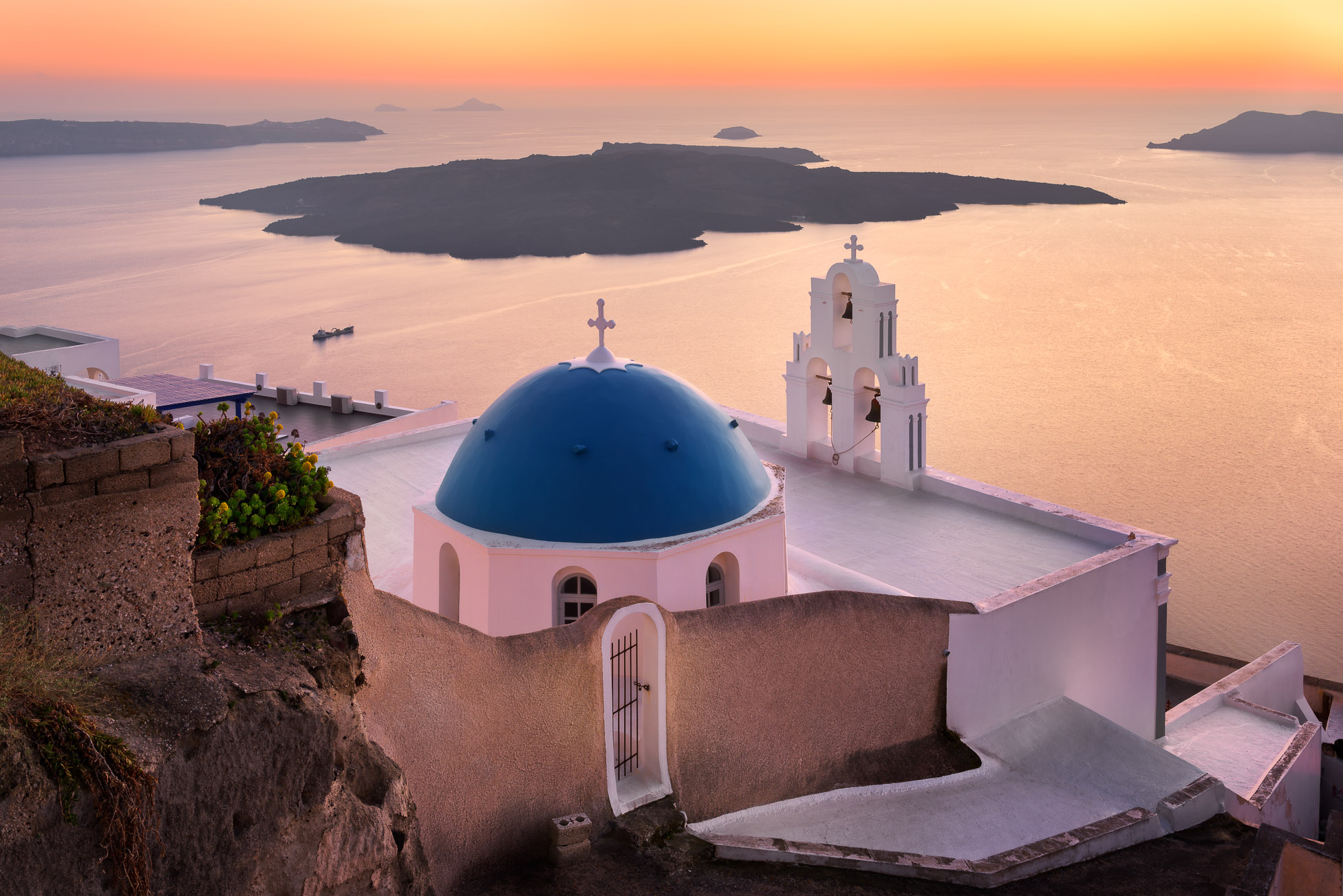 It was my last day in Santorini. I’d climbed the steep passageways, wandered through its churches, and captured more than a few of the island’s famous sunsets. It wasn’t yet the high season, but the island was still crowded with tourists and I found myself wanting to spend the time I had left in relative solitude. Santorini and its history had given me much to think about.

You can’t look at Santorini without understanding something of its history — Santorini is, after all, merely the remains of a larger island destroyed in a massive volcanic eruption in roughly 1500 B.C. The modern-day towns seem to hang so near to the edge of the caldera formed by the eruption that a good breeze might blow them away. Santorini’s 1,600 residents exist on a spot 260 meters above the sea. It takes a certain kind of people to live in such an environment.

They weren’t people who were easily broken by their environment. Later, long after the volcano did its work, the residents of Santorini, faced with an unforgiving natural world and raiders from the Middle East, they dug homes into Santorini’s rough-hewn surface. Known as yposkafos, which means “dug into the rock”, many of these homes still exist on Santorini, a testament to the hardiness of its people.

The rock dwellings weren’t the only structures that Santorinians built for protection. Invoking their faith and the protection of God, they built churches by the dozens. By some estimates, there are 600 churches on Santorini, because for many years, individual families built them to ensure God’s protection over their husbands and fathers who made their living on the sea.

On my last day in Santorini, I entered one of these churches — the famous blue-domed Saint Theodore. My plan was to take a few last photos of Fira and its sunsets, and walking through its winding streets, I happened to come upon this view — the magnificent Saint Theodore Church in early evening sunlight. The view was all the more special because I knew my time in Santorini was coming to an end, and like all visitors to the island, I was completely charmed by the place.

As it happened, I didn’t capture one of Fira’s vivid sunsets that day. But what I did capture was all of the essential elements of Santorini in one image — its pastel-hued architecture against black, volcanic cliffs and the deep blue of the sea. And there’s something here, I hope, of the strength and faith of its residents. As for that last sunset – now I have a good reason to go back.