Oia Village in the Morning, Santorini

The next morning, I awoke early. I wanted to photograph Oia in the soft light of early morning. Its sunsets may be spectacular, but Santorini is no less beautiful by sunrise. 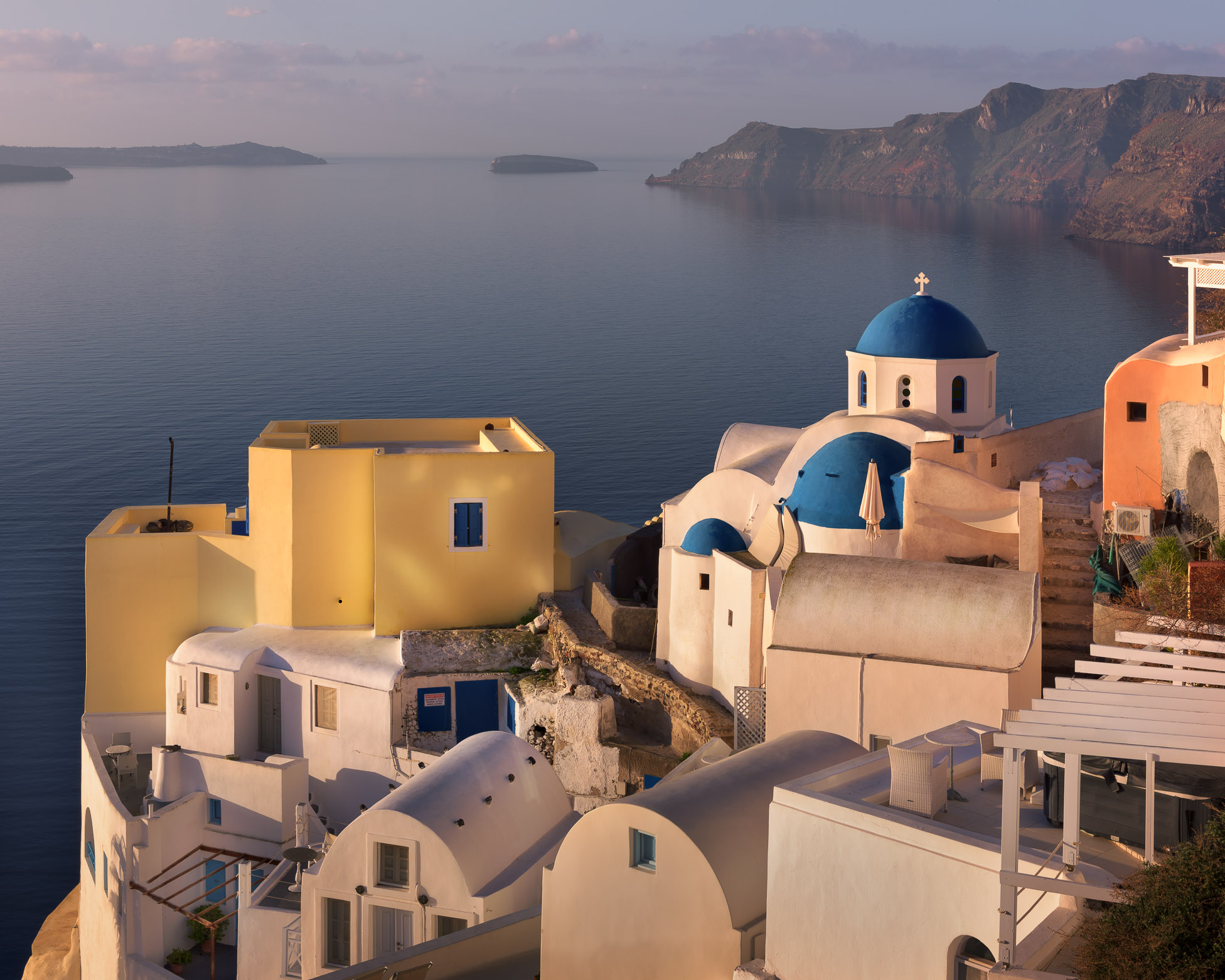 Walking along the winding streets and staircases of Oia with most of the village still asleep, I let my mind drift to Santorini’s history. So much of Oia is new — the necessary result of rebuilding after the 1956 volcanic eruption — that it was sometimes easy for me to forget that I was walking in the footsteps of one of the oldest civilizations in Europe.

The people who originally called the island home were the Minoans, an enigmatic people whose culture is, after many centuries, still something of a mystery. They wrote in a language that has never been fully deciphered; much of what is known about the Minoans comes from others, after the fact. Even today, the Minoans are a shadowy, mysterious people, with much of their history lost to the passage of time.

But what we do know about these early inhabitants of the Aegean islands suggests that the Minoans were a highly advanced people. Their palaces, particularly the palace at Knossos on the island of Crete, was not only aesthetically impressive, but was a technological marvel, complete with flush toilets.

The ancient historian Thucydides referred to the Minoans as a thalassocracy, or an empire of the sea. Protected as they were by the sea, the Minoans were virtually invulnerable; their palaces, even the grand one at Knossos, were not fortified. Their dominance of the Mediterranean and Aegean Seas was so complete that they viewed their world as unassailable. Hundreds of years after Egyptian society peaked, the Minoans looked out over impossibly blue seas and saw a world that was theirs alone.

But unlike the Egyptians, the Minoans did not shut themselves off from the world. They were vibrant, dynamic people, as seafarers tend to be, who traded their textiles and metalwork in Cyprus, Syria, Anatolia, and Lebanon. Evidence of their artwork can be found in the Nile Delta.

But at the height of their power, the Minoans vanished. Without any obvious threats, one of the most powerful ancient civilizations simply disappeared from the historical record, leaving historians and archaeologists (and the occasional photographer) to puzzle over their demise for centuries.

For a while that morning, I had Oia to myself. The sun was just beginning to make itself known, and the tourists, likely still sleeping off the wine of the night before, were not yet out and about. I watched the sun rise over that beautiful island and pondered its ancient mysteries. It’s easy to become lost in the past in a place like Santorini.