Roman Forum in the Morning, Rome

As I mentioned in my last post, the Roman Forum once was a more natural area with marshes, hills and a lake where people conducted trade. As the Roman Empire thrived they filled the space with temples, monuments, triumphal arches and other buildings. 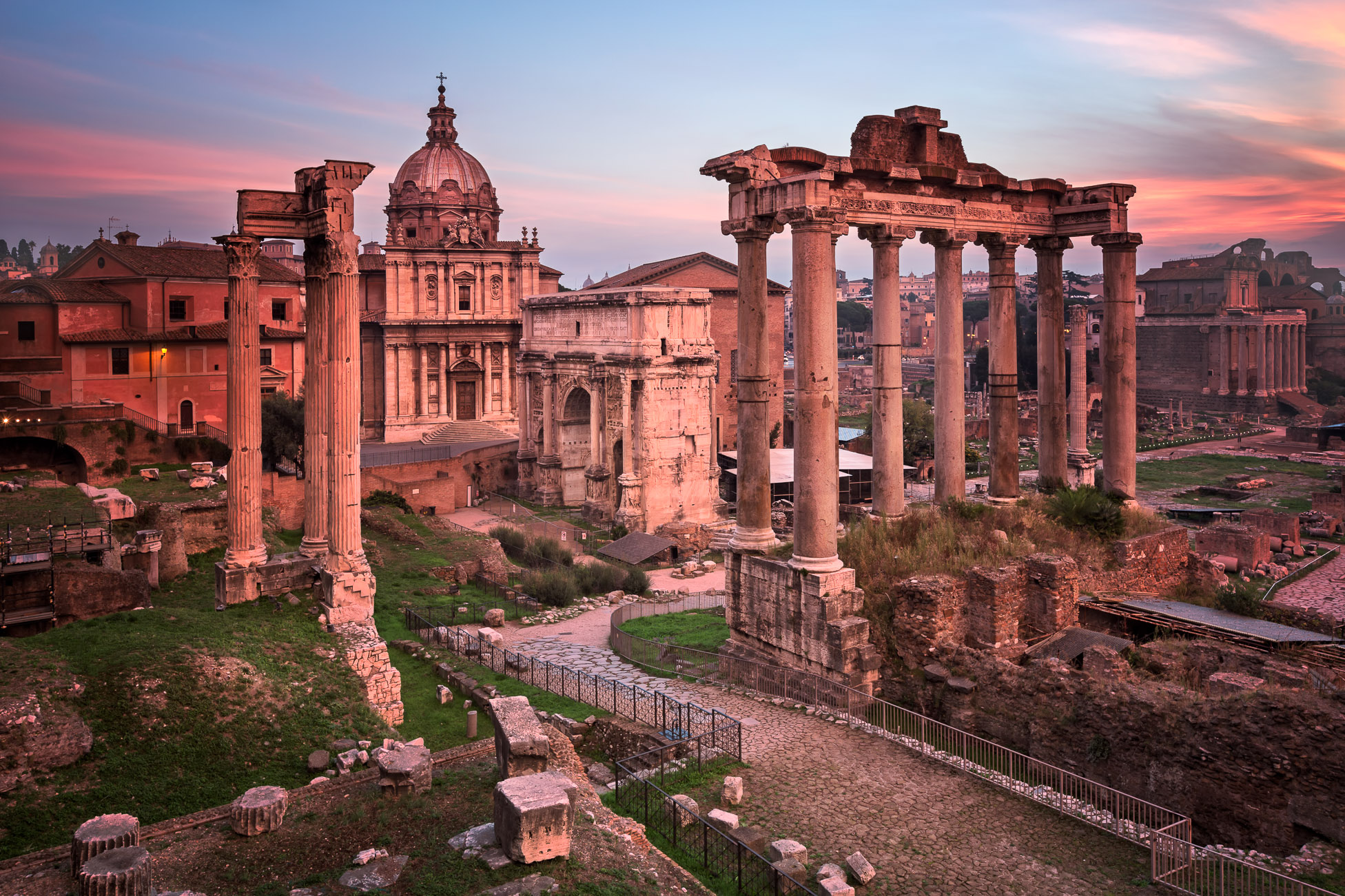 When Rome fell thieves swooped in and plundered monuments and buildings. The Roman Forum itself became abandoned. What was once the center of trade and worship was left for land for cows to graze. The Roman Forum area became know as the “Campo Vaccino” or “the cattle field”.

Our attitude towards history has changed, but we must never take it for granted. Now many put forth an effort to restore, visit and honor the past by visiting the Roman Forum. It is easy to forget that at one point in history many societies neglected or even destroyed their past.

Taking another photo from of the Roman Forum, it was actually challenging to alter the composition at all. I stood on a vista point at Capitoline Hill and there was not so many options to manipulate the scene there. In order to enhance the view I created a very tight composition to show you the main buildings – Temple of Saturn, Arch of Septimius Severus and Tullian prison. I hope it gives you the feeling that you are actually standing over the Roman Forum yourself with a gaze over the past.