Roman Forum in the Evening, Rome

The ruins of Roman Forum serve as a reminder that nothing is eternal. 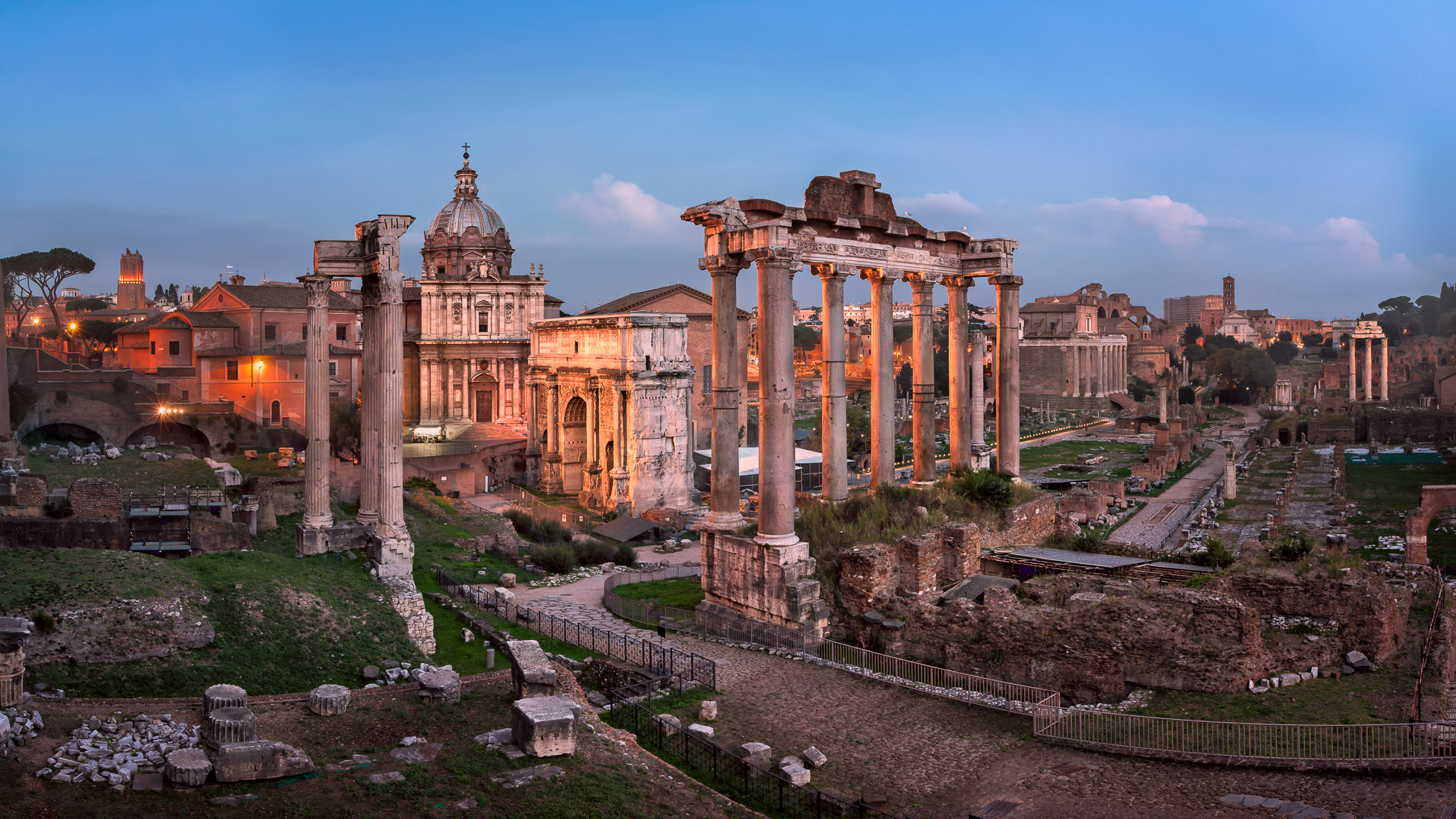 Before the Roman Forum was built, all that stood on the ground of Rome was the seven famous hills on which the city is built. Where the Forum stands was a marsh where waters from the springs of hills above sprinkled into a lake. At the upper end of the hill called Capitoline, which is where I took this shot from, people of the valley would meet to trade simple, everyday items. Fishermen, hunters, weapon-makers, and shepherds would buy and sell to one another.

As you look at the ruins it is hard to imagine a time when the Roman Forum was in use, but it is even harder to conjure an image of the people who dwelled the seven hills long before the Roman Empire. Yet it is interesting that the greatest of Roman business would be conducted right on the grounds where their predecessors had exchanged seemingly simpler goods.

I captured shots from sunset to the blue hour and into the twilight, watching the astrological timelapse through the lense of my camera from Capitoline Hill. This shot taken during the blue hour turned out to be my favorite of the batch.