Each year, my family and I take the first few days of the New Year and go skiing in the Alps — in either Switzerland, France, or Italy. This has been our winter holiday for ritual for several years now, and no matter where we choose to go, we are certain to have great skiing in a beautiful environment. The Alps never disappoint. 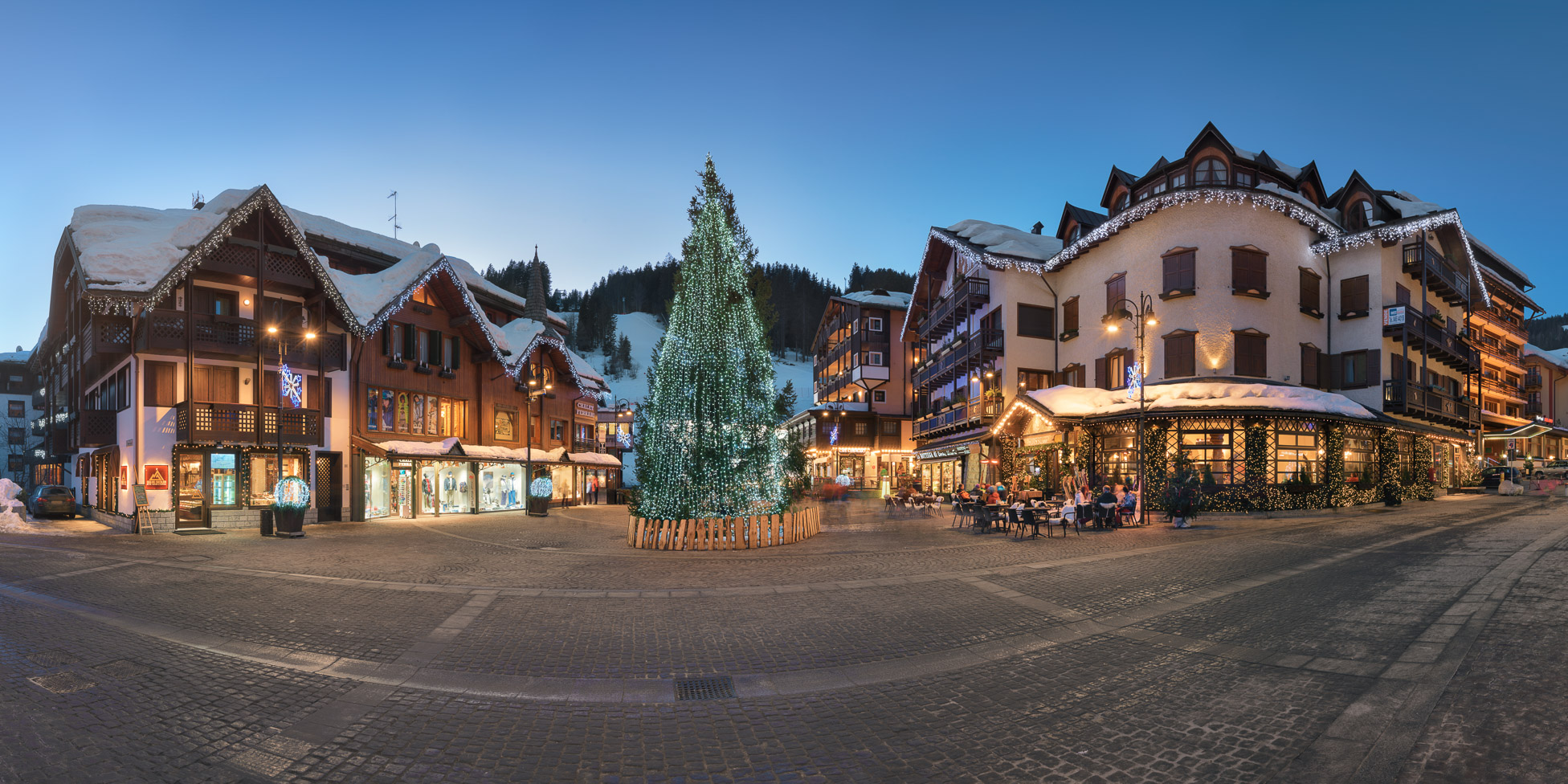 You can license this photo at my stock photo website >>

This year, we chose Italy and decided to spend some time in the Dolomites. I’d photographed the Dolomites before and was eager to spend some more time amidst their craggy beauty. After spending some time in Florence, we took a train to Trento and then a bus to the resort area of Madonna. Avid skiers will likely recognize the name, as Madonna is a popular and fashionable ski destination among those who like to see and be seen; it seems to be as valued for its fashion sense as for the quality of its slopes. But my family and I weren’t looking to be photographed in the latest, most stylish apres ski wear. We chose Madonna because it is surpassingly lovely.

Madonna di Campiglio first attracted the attention of well-heeled Europeans in the nineteenth century, when it the Habsburgs began spending holidays there. Soon the small town was a favorite of Emperor Franz Josef, who spent his days walking in the forests and hiking up to the lakes that surround the town. It was already a holiday spot, but once the Austrian royals began using it as a sort of bucolic extension of Vienna, Madonna became a favored destination of the wealthy and fashionable.

It isn’t hard to see why. Madonna is nestled in between the Brenta Dolomites and the Adamello-Presanella Glaciers. You could hardly find a place of more striking natural beauty. During our time in Madonna, we had a perfect Alpine holiday — sunny slopes, decadent Italian food, and of course, wonderful snow and skiing. And because the city was decorated for the holidays and blanketed in snow, it was a charming and welcoming place for .us, a picturesque home away from home in the mountains.

This entry was posted in City and tagged Italy, Madonna di Campiglio.