If there is one place that symbolizes the spirit of the Florentine people — perhaps even more than the Duomo or the city’s famed works of art — it must be the Piazza della Signoria, the old square that has long been the political heart of Florence. The throngs of tourists who gather there as they line up to enter the Uffizi Gallery are largely unaware of the history written in the stones beneath their feet. 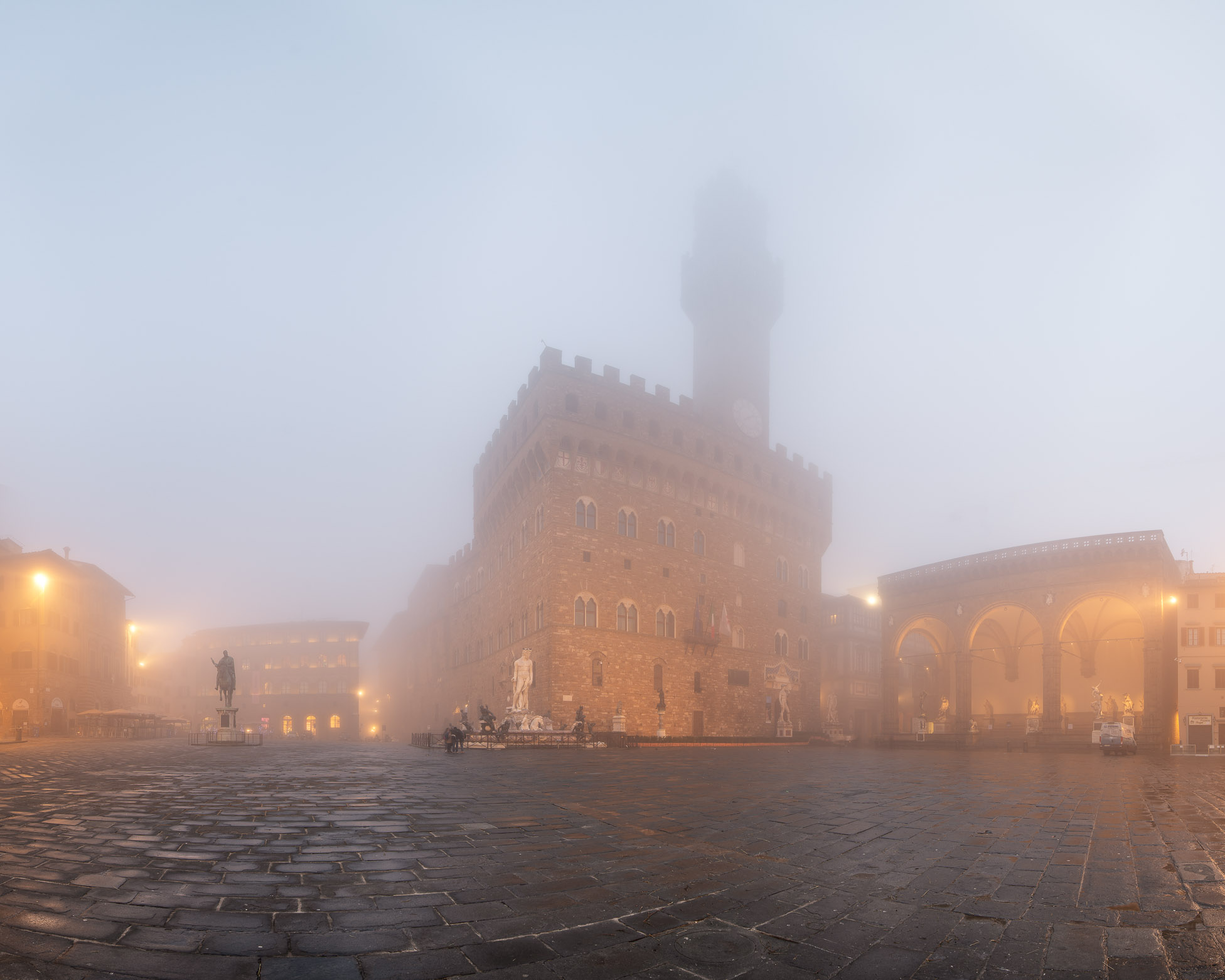 You can license this photo at my stock photo website >>

They see the copy of the David, Michelangelo’s massive sculpture, but most are unaware of its political history. When the original sculpture was placed in the Piazza in 1504, the powerful Medici family had been exiled from the city for years. When David — a time – honored symbol of resistance in the face of formidable odds — was given pride of place at the entrance of the town hall and facing south toward Rome, where the Medici lived in exile, many Florentines interpreted the statue as a political statement. Michelangelo likely did not intend his sculpture to have political overtones, but many in the city did, particularly those who opposed the power-hungry Medici.

But the Piazza is dominated by the immense Palazzo Vecchio, once the residence of the Medici and now the town hall and home of many of the city’s treasures. With its asymmetrical tower and somewhat severe stone profile, the Palazzo Vecchio casts an imposing presence over the Piazza.

On our final morning in Florence, I rose early to get to the Piazza just at sunrise and hopefully before the tourists arrived. I had not realized until I reached the square how misty it was that morning; a heavy fog hung over the Piazza and I considered going back to the hotel; I thought the mist was too thick for a good photograph. But the longer I lingered, I realized that the mist created a certain mood — one that fit the square’s long and often tumultuous history. The mist that morning brought to mind the passage of time and the city’s many stories that played out in that very square. It was my last photograph in Florence, and I think it is a good one.

This entry was posted in City and tagged Florence, Italy.