I believe that you can tell a lot about a society by the importance that they place on the arts. I’ve sometimes been amazed and disheartened to find that in some cities, it was all but impossible to find a museum, a gallery, or a performance venue. Those places always seem somehow empty to me, as if something essential were missing, some critical part of the city’s soul. 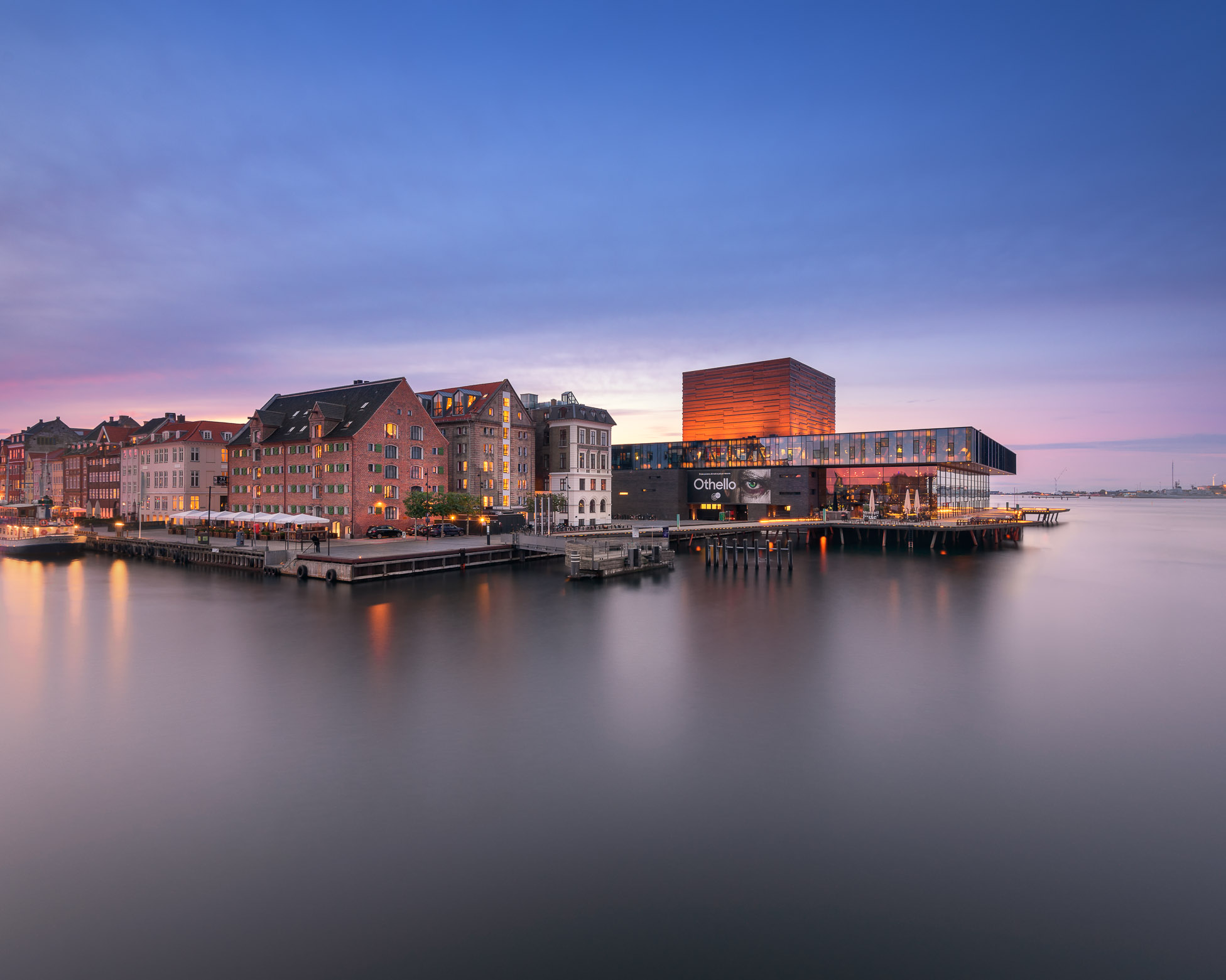 In other cities, the arts are given a prominent place, signaling to anyone who enters that the artistic life of the city is just as essential to the well-being of its people as the world of business and commerce. I find that I feel more at home in those places, I feel that I am among kindred spirits.

Copenhagen is one of those places. The arts aren’t tucked away in Copenhagen; they’re a vital part of the life of the city. The city is full of museums, galleries, and theaters. It occurs to me, thinking of the well-known happiness of the Danes, that perhaps the two are related.

One of the newest and most significant developments in Copenhagen’s arts scene is the Royal Playhouse, a strikingly modern building that almost seems to levitate just over the waterfront. The building, which was just completed in 2008, is already considered an architectural masterpiece and is a designated City Landmark. It’s no wonder that the building is so highly regarded; the city began planning a building to replace the original playhouse in the late nineteenth century.

Perched at the water’s edge, the playhouse’s blue-green glass shimmers with reflected water. I see it as a monument of sorts, but not only to the arts — to the Danes themselves, a people who would spend more than a century designing a theater.