Copenhagen Opera House in the Evening

Copenhagen isn’t just a city with an appreciation for the arts. It’s a city where design is a national obsession and architects are celebrities. One of the city’s most acclaimed — and controversial — structures is the Copenhagen Opera House. Located just across the canal from the Royal Danish Playhouse, the Opera House is built on a former navy pier and is part of the city’s forty-year-long redevelopment of its waterfront. 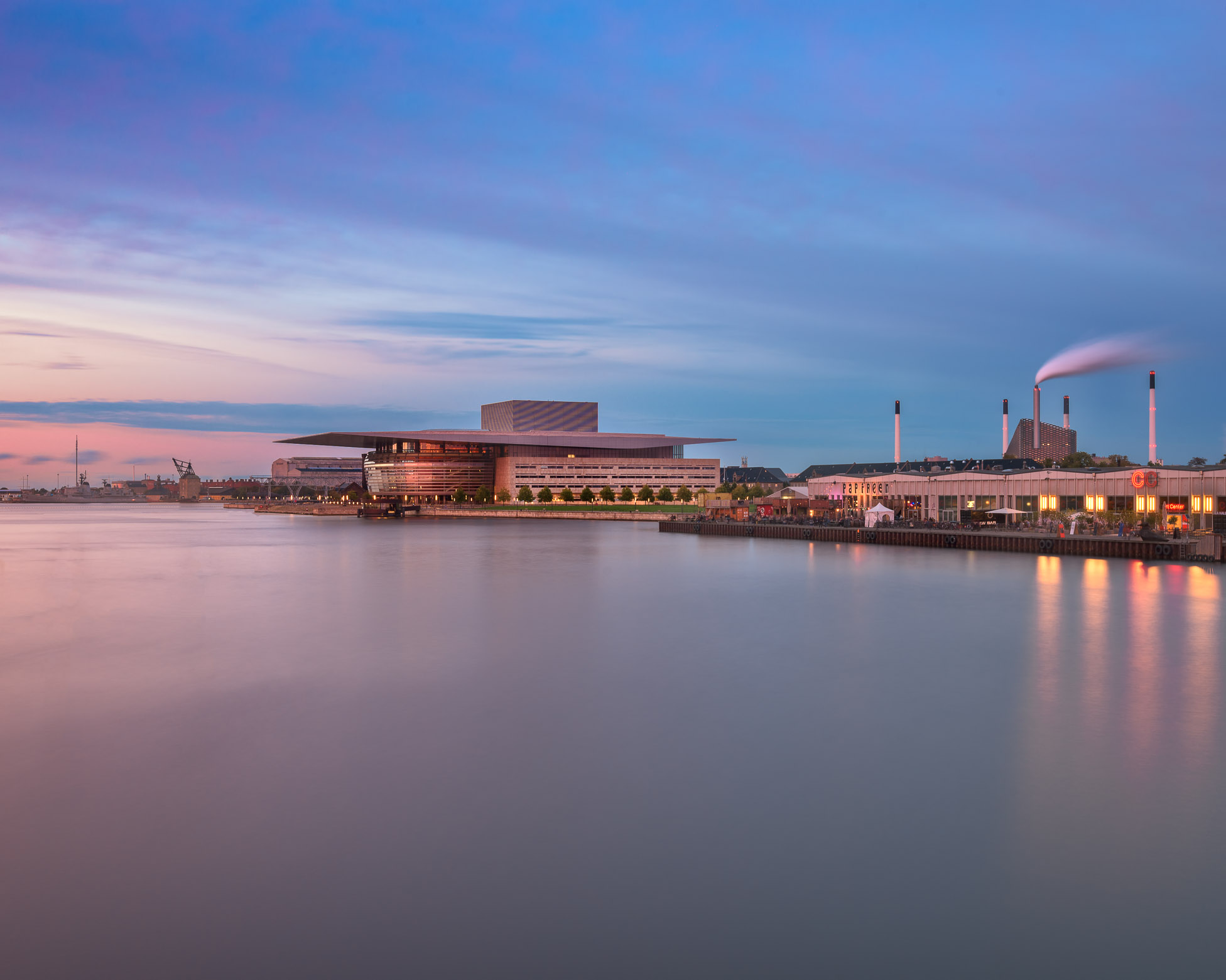 Once a gritty naval and industrial space, the waterfront is now the centerpiece of Copenhagen’s cultural life. The city’s success in transforming its waterfront has become a model for urban planning around the world. And the focal point of that development is the Opera House, which was designed by Denmark’s most well-known architect, Henning Larsen.

It’s a striking and very modern — even futuristic — building. It was controversial from its inception, because of its design as well as its cost. The building, which is estimated to have cost $500 million, sits directly across from the royal residence, an audacious decision that did not go over well with everyone in Copenhagen. Larsen, as it turned out, was himself troubled by the building; he and Arnold Maersk McKinney Moller, the building’s sole financier, disagreed over virtually every detail of the building’s design.

I can see how the Opera House would have both its admirers and its detractors. It’s strikingly modernist facade is quite a contrast from the more Old World appearance of the royal residence. Still, on a pleasant early evening in Copenhagen, in the blue hour before night falls, I found the Opera House and the light it cast over the canal captivating. It was — to me — emblematic of Danish creativity and ingenuity.