I was excited to see San Sebastian, one of the jewels of Basque country. The city is nestled into a crook of the Bay of Biscay, and is famous for its green hills and beautiful beaches. 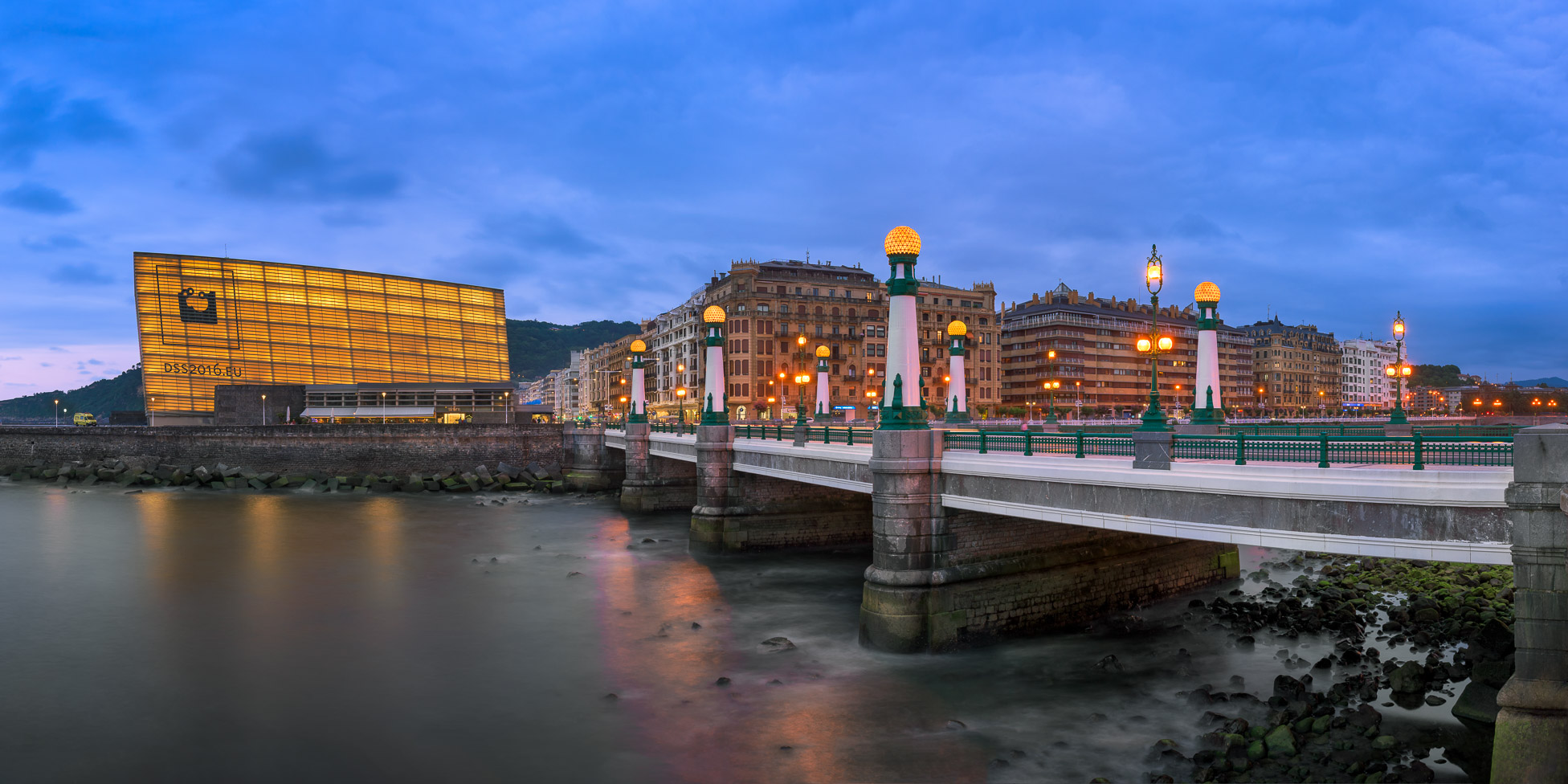 It’s a city of many personalities and moods, both youthful and laid-back and sophisticated with an Old World vibe. At virtually any point in the storied city, it is impossible not be charmed by its beauty.

I arrived in San Sebastian at nightfall. The city is particularly lively after the sun goes down; it’s a modern, innovative city noted for its culture, particularly its film festivals. But I was interested in another side of San Sebastian — I wanted a quiet moment to see the city apart from its nightlife.

I strolled through the Old Town along the Urumea River embankment. I stood at the foot of the Kursaal Bridge, looking across the river at the conference center of the same name. It’s a bit of a jarring juxtaposition: two cube-shaped, modern structures perched along the fringes of the Old Town. The buildings are controversial: beloved by some for their modern sensibilities, derided by others for obscuring the beaches and for their incongruity in the graceful Old Town.

I wasn’t here as an architecture critic. I wanted to capture the Kursaal Centre and the river by early evening light, and set up my tripod at the base of the bridge. The buildings may be a bit out of place, but against the river, I found them fascinating in early nightfall.

This entry was posted in City and tagged Basque Country, San Sebastian, Spain.