It’s fitting that in 2016’s San Sebastian is European City of Culture, I chose to take a photograph of the Biblioteca Municipal. 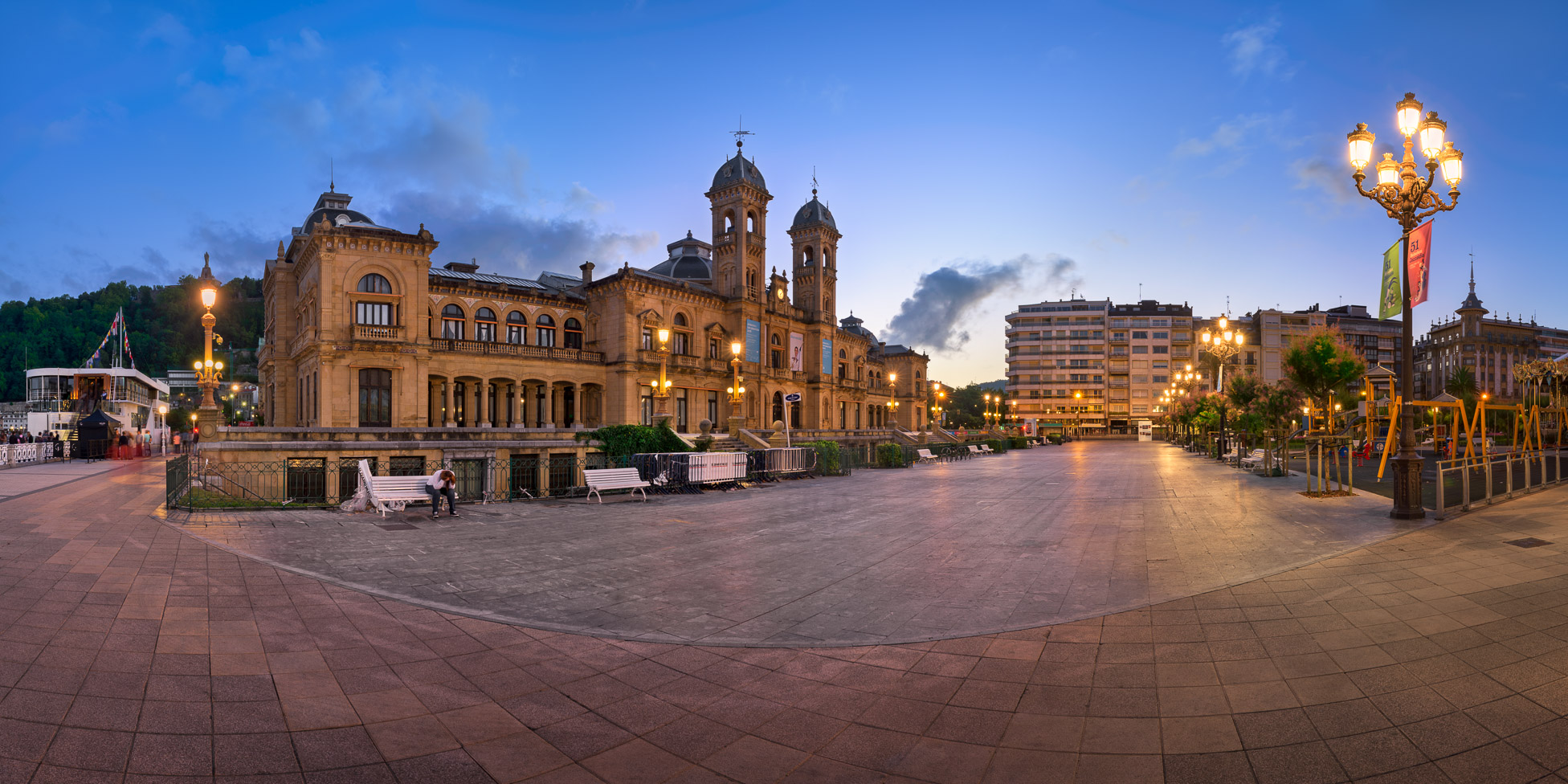 It is also fitting that in a city known for its abundant and energetic nightlife, nearby nightclubs were still bustling, even at this early hour. The nightclub on the left was particularly busy, with revelers still spilling out into the street. In the stillness, I spotted a man alone on a bench, his head in his hands. I couldn’t help wondering if he was one of the club’s patrons, a man whose party had come to an unpleasant end. I imagined he must have quite a story to tell.

Looking away from the clubbers, I focused the photograph on the library, with the city hall in the foreground. Waning darkness and the soft glow of streetlights lent the shot a soft, subdued quality. As the last of the night’s partiers trickled into the street, I packed up my equipment, pleased with the shot and silently amused by the man on the bench.

This entry was posted in City and tagged Basque Country, San Sebastian, Spain.