On one of my last days in Myanmar, I made plans to rise before dawn and go to Taung Tha Man Lake and photograph the famous U Bein Bridge, the spindly teak bridge whose planks were taken from the old royal palace at Inwa. In spite of its noble provenance, the long, narrow bridge is rather ramshackle in appearance; at three-quarters of a mile long and with no railings, you catch your breath as you watch locals cross, certain that someone will slip off the edge and into the water. The bridge is one of the country’s most famous sights, and is especially picturesque at daybreak or in the vivid hues of a sunset. 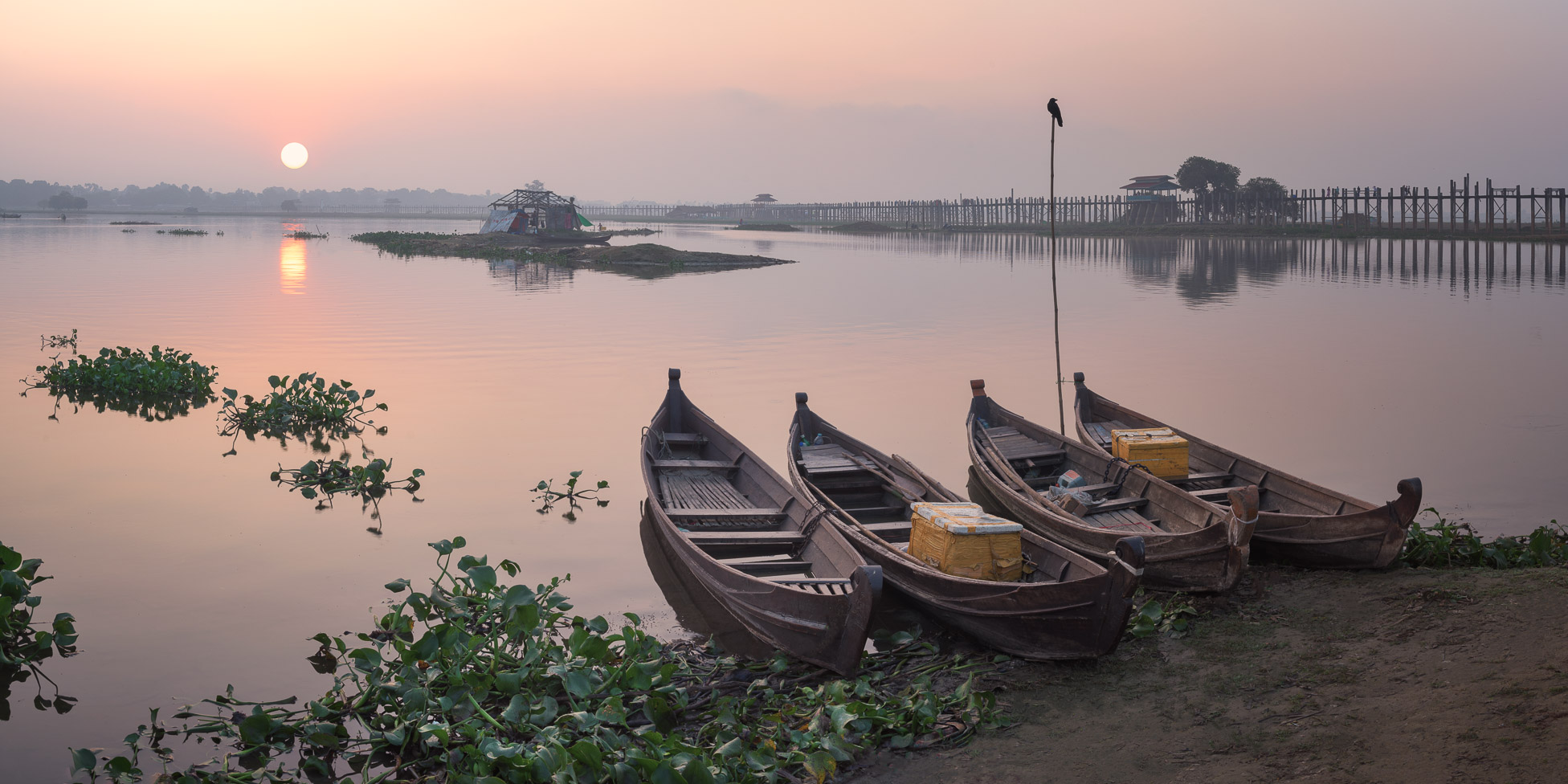 So I made arrangements at my hotel to have a taxi waiting for me before the sun was up. I wanted to be sure to have time to get to the lake and set up my gear before the sun rose and before the inevitable tour groups arrived.

But there’s one thing I’ve learned in my travels. Sometimes — often — things don’t go as we plan. When I came down to the hotel lobby, there was no taxi waiting outside and as it was quite early in the morning, the hotel staff were asleep behind the front desk. It was one of my last days in Myanmar, and I had waited until nearly the end of my trip to photograph U Bein Bridge, and now it seemed that I might miss the early daylight over the lake altogether.

Reluctantly, I woke one of the sleeping men at reception and explained my problem. And with the kindness and generosity of spirit that is so characteristic of Myanmaris, he didn’t grumble at being awakened or at the missing taxi. Instead, with the calm, pleasant disposition I’d come to know well in my time in Myanmar, he hustled me into his own car and drove me to the lake himself. It was a small gesture in the grand scheme of things, but one that is emblematic of the country and its people.