Everyone has their own little piece of paradise on earth. Mine is definitely located somewhere on Omis Riviera of Adriatic coast in Croatia. 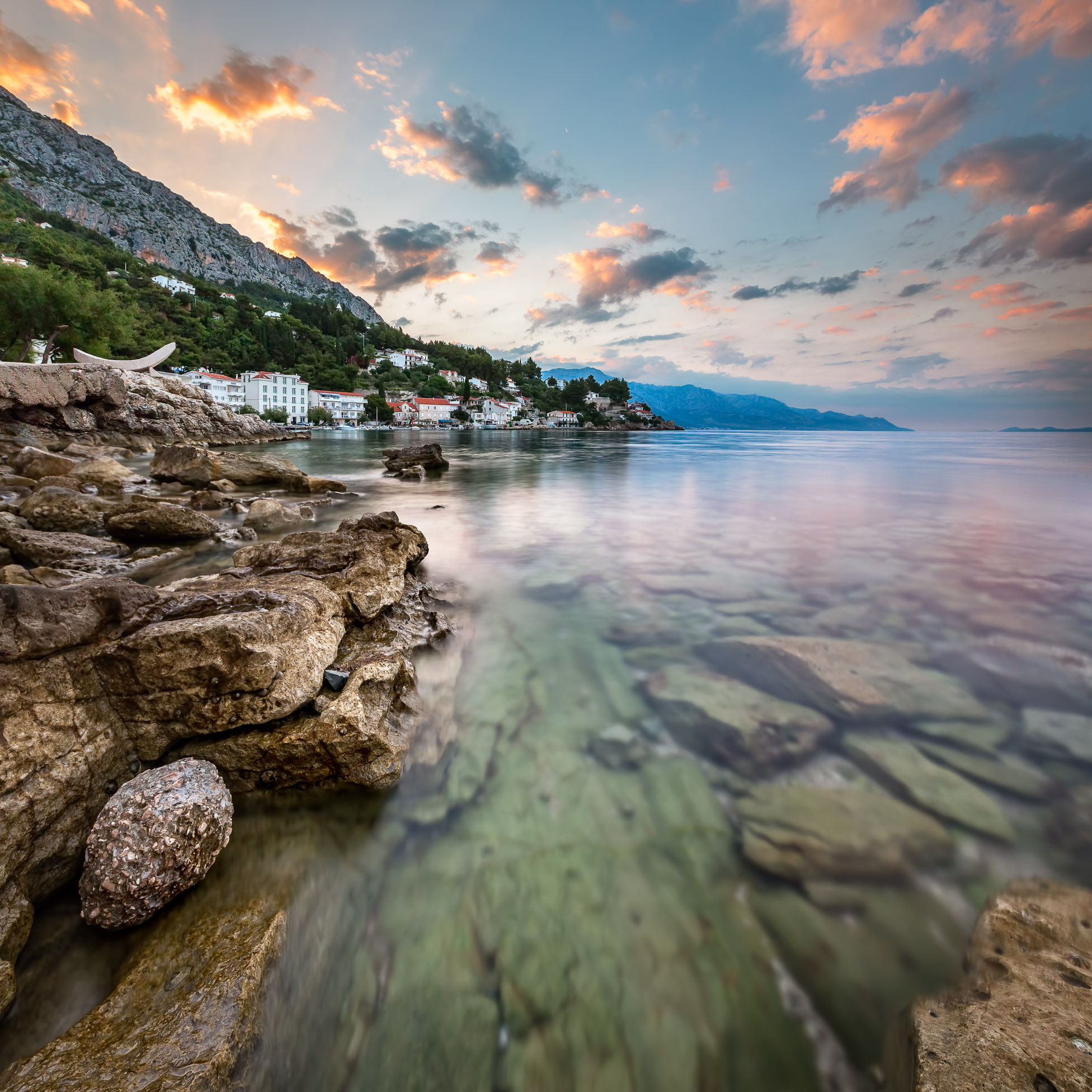 So the story goes on. And the Croatian people asked, “What should we do then? Where can we settle?” To which, God replied with a smile, “Well, he said, I did store one land for myself, so I have to give it to you now!”

This way, the Croatian people, while arriving the last of all, still got the best land ever created on earth!

My early morning photo shoot started with an enjoyable walk from the house high up in the mountains to the rocky beach. Not a noise, not a person in sight, I enjoyed a blissful feeling on this quiet track through the pine trees. The clean atmosphere of a summer morning, with its rich and fantastic smell of pine, flowers and sea salt, was surrounding me with an exhilarating mood.

Biokovo Mountains ridge in sight, I deepened myself in the clear seawaters, and adjusted my composition to capture the magical light of sunrise, illuminating the white stone boat sculpture in the background.

I felt like it was the day God created this small paradise.

This entry was posted in Landscape and tagged Croatia, Omis Riviera.