As the days passed, I explored more of Wales’s southern coast, becoming more charmed by it each day. Though getting to some of the area’s most scenic points often involved additional planning and extra effort, it was worth it; the landscape was ruggedly beautiful and I had the sense that I was standing on the edge of the world. 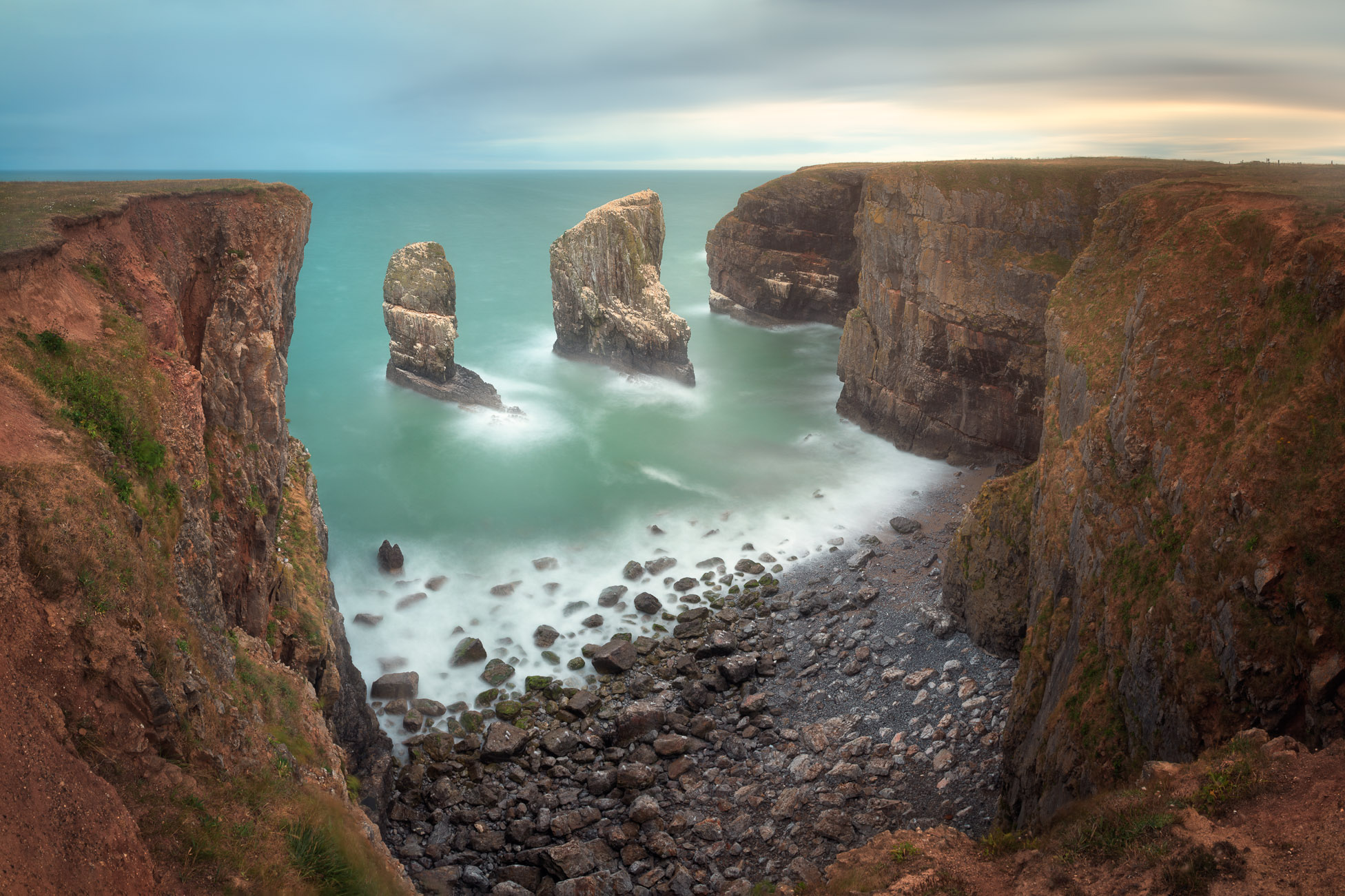 Near the Green Bridge I found the Stack Rocks, two limestone pillars that once formed an arch themselves. Seeing the two formations in such proximity to each other made for a fascinating glimpse of the workings of nature, a sort of before and after image of the effects of time and the sea on the coast. One day — likely in the very distant future — the elements will take their toll on the Green Bridge and it, too, will remain only as stacks.

The trip and the Pembroke coast continually led me to whimsical frames of mind. Getting to the Stack Rocks required traveling winding, narrow roads only wide enough for one car at a time. Driving through the rural, largely unpopulated countryside, I encountered more animals than people. In the beams of the car’s headlights, rabbits, foxes, and even a badger darted across the road. I began to think back to one of my favorite childhood books, “The Wind in the Willows,” by Kenneth Grahame. It seemed that at any moment, I might encounter Toad in his motorcar.

I took many photographs at Stacks Rocks, but this is my favorite. I think it captures the solitary beauty of that part of Pembroke, and the misty, otherworldly quality that left me imagining characters from my childhood as well as legends of old.

This entry was posted in Landscape and tagged United Kingdom, Wales.