Patagonia is impossibly beautiful, but it isn’t without its problems. The weather in the region is quite volatile, which often makes planning difficult. There were days when the weather made hiking up to some of the peaks too dangerous, or when clouds hung over the peaks like a shroud. 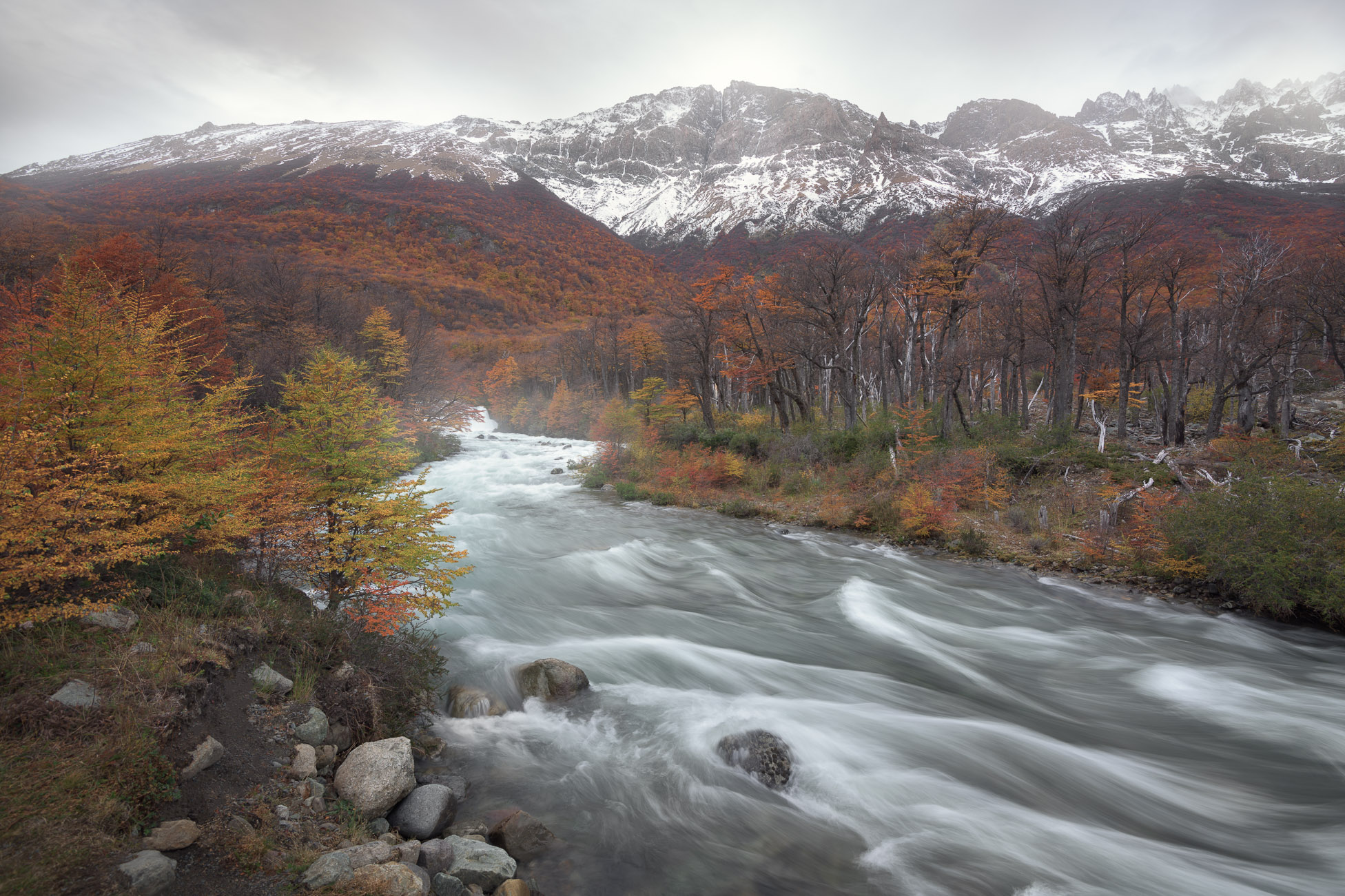 I took advantage of one of those rainy, gray days to drive along the Rio De las Vueltas in Los Glaciares National Park. The river rushes downward from the Argentinian Lake District and pours into Lago Viedma. Its course runs against a backdrop of white-topped peaks and rugged forest. Even on a rainy day, it’s spectacular.

I followed the path of the river by car, stopping when I spotted cascades or an interesting bend in the river. It was autumn in the Southern Hemisphere, and I found the contrast of oranges and reds against white of rushing water striking. In the distance, some of the trees were still blackened and twisted from a wild fire, but they, too, possessed a stark loveliness.

In the end, the weather prevented me from making the epic photograph I’d hoped for that day. But I was pleased with the ones that I got and reminded myself that there no ordinary sights in Patagonia; the region is blessed with an abundance of spectacular natural beauty, and even a dismal, gray day promises to reveal stunning landscapes.

This entry was posted in Landscape and tagged Argentina, Patagonia.