My excursion onto the lake with the fishermen proved to be one of the most exciting experiences of the trip. During the months that I spent planning the trip, it was the temples and pagodas that most interested me — I was fascinated by their intricate, fantastical architecture and the deeply spiritual nature of the people. And the temples were just as remarkable as I anticipated; each one different than the last, each one ornate and meticulously designed. 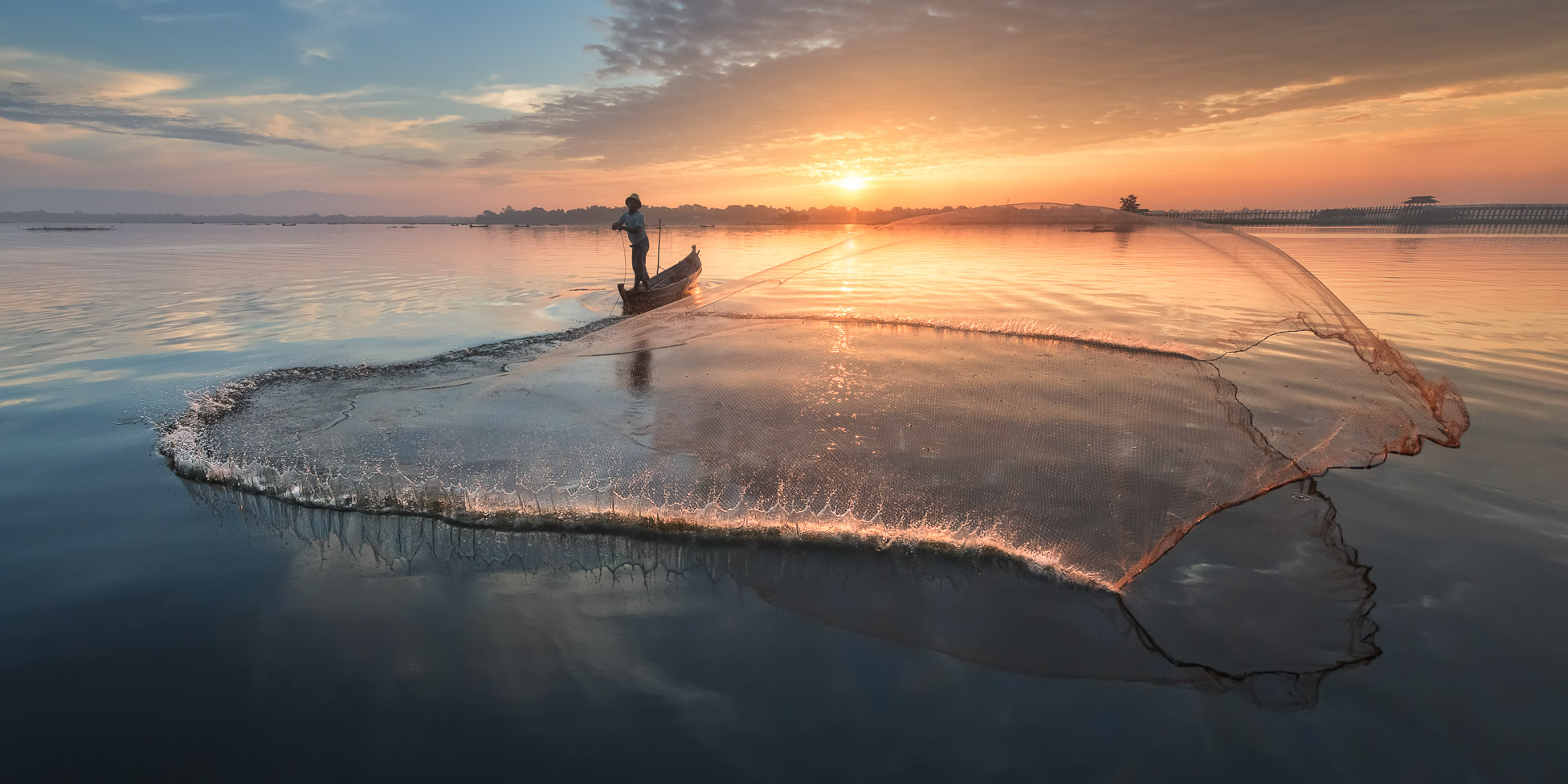 But I was surprised at the contentment I felt on the water with the fishermen. It was such a simple thing, to spend the day with two men as they went about their daily work. And though the work they did was physically demanding, it was clear that they were in their element. They weren’t stuck in city traffic, or continually checking emails, or answering to an angry manager. I was a little envious of them and began to think that it might be nice to spend my life a few inches above the water’s surface.

They went about their work, and I went about mine. I took hundreds of photographs from every angle, trying to get the perfect combination of light, color, and water. I wanted to capture the delicate choreography of spray against sunlight when the nets hit the water. Out of the hundreds of photos that I took that day, I think this is one of the best. It captures not only the image, but the feeling of pure, simple joy that I experienced on the water.