You might have seen this place before. This rocky outcropping on the northern coast of Spain has made appearances in Game of Thrones as Dragonstone, the ancestral seat of the House of Targaryen. The filmmakers, of course, used computer graphics to add the Targaryen castle at the island’s peak, as well as the occasional dragon flying overhead. 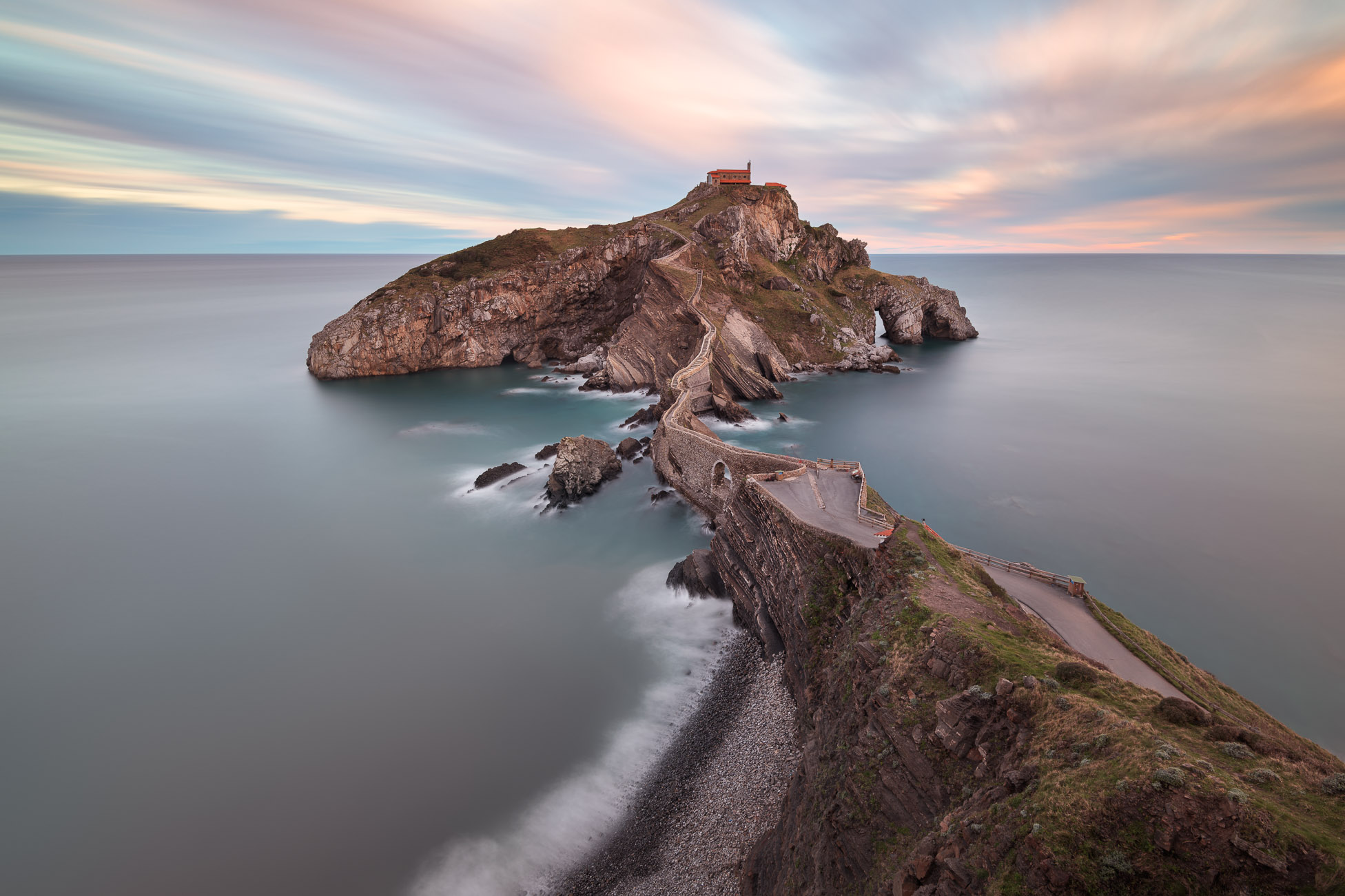 But even with that modern technology and computer animation can do, I was unprepared for Gaztelugatxe, crowned at its highest point by San Juan Church. The island wasn’t my primary interest on this particular jaunt; I went with the intention of photographing the rock formations for which this stretch of coastline is famous.

But it’s impossible to be near this part of Spain’s coast and not be entranced by Gaztelugatxe. That’s the effect that the island has on people — it simply isn’t possible to look away. It isn’t difficult to see why the filmmakers behind Game of Thrones chose this location; perched on a jagged sliver of rock on the edge of Europe, it feels far removed from the modern world. It seems to exist in another place and time.

I photographed the rock formations but soon realized that the island itself would make the best photographs. To get this shot, I climbed 50 meters up an adjacent cliff. It was a vertiginous climb up a barely-usable path and it involved a certain degree of danger, but it was worth it. It was early morning and the last of the mist was burning away. The tourists and hikers had not yet arrived. From my vantage point, Gaztelugatze seemed to hover just above the water, ethereal and beautiful, tethered to the mainland by a ribbon of rocks and a manmade bridge.

I got the shots, packed my camera, and prepared to climb back down the cliff and back into reality.

This entry was posted in Landscape and tagged Basque Country, Bay of Biscay, Spain.