It’s a beautiful place, this part of Italy. It’s easy to forget yourself here. You can become so entranced by the spectacular natural beauty off far-off peaks that you miss things close at hand. You don’t see them at first, the strange gouges that pockmark many of the trees. In other places, hikers occasionally kick up bullet casings and bits of barbed wire among the wildflowers. 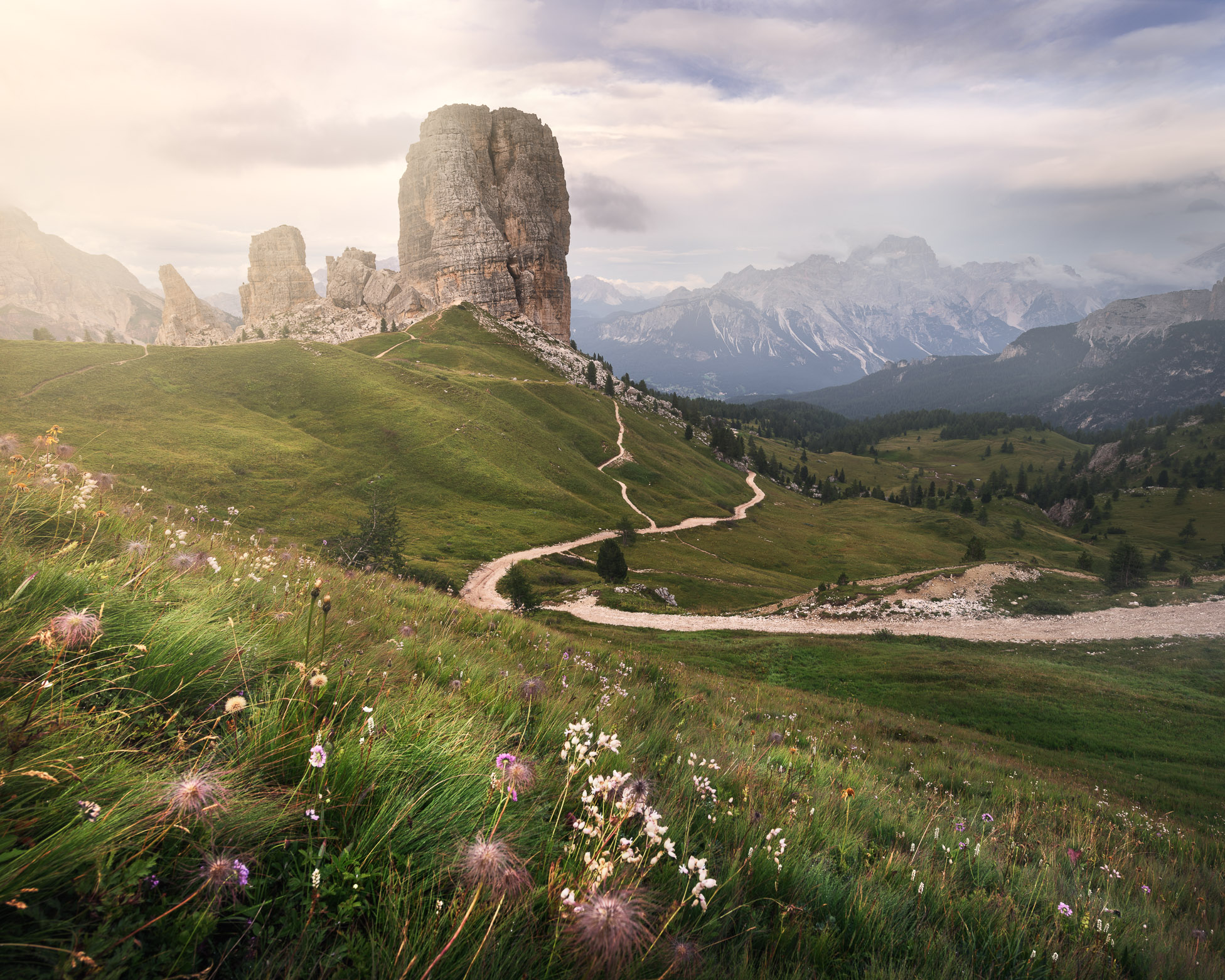 They are grim reminders of a dark part of the region’s history. From 1914 to 1918, a bitter — if little-known — battle raged here between the forces of Italy and Austria-Hungary. The terrain itself — marked by soaring, 3000 meter peaks — was treacherous, as was the weather, and men died of hypothermia as easily as they died from gunfire. The casualties were enormous — Italy alone lost more than half a million men among the craggy spires of the Dolomites.

Few people remember that fighting now, a century later. A popular spot for hikers, Cinque Torri is now lined with trails and signs pointing in one direction or another. Looking out over the Dolomites on a summer day, it’s almost impossible to imagine the horror that once took place here. The only sounds are birds and the voices of fellow hikers, and wildflowers bloom from a land once scarred by battle. It’s hard to imagine that that the region was ever anything other than surpassingly lovely.

I call this photograph the Valley of Peace. I chose that name because now – one hundred years after the guns fell silent – it’s a place of serenity. Once, countries fought over this land. Now, people from around the world come here for the sole purpose of admiring its beauty. This particular spot is a reminder to me that for all of the harm that humans may sometimes do, we still possess the ability to be deeply moved by the natural world and to look out over creation with a profound sense of wonder.