Sometimes beauty is deceiving. I’ve often found myself drawn to a particular place because photos and descriptions of it highlighted its beauty, only to find that reaching the place came with certain difficulties or even dangers. I’ve found myself perched on the edge of cliffs to capture a perfect image of the sea or traveling into the remote reaches of the desert, far away from civilization, to photograph a long-abandoned city. 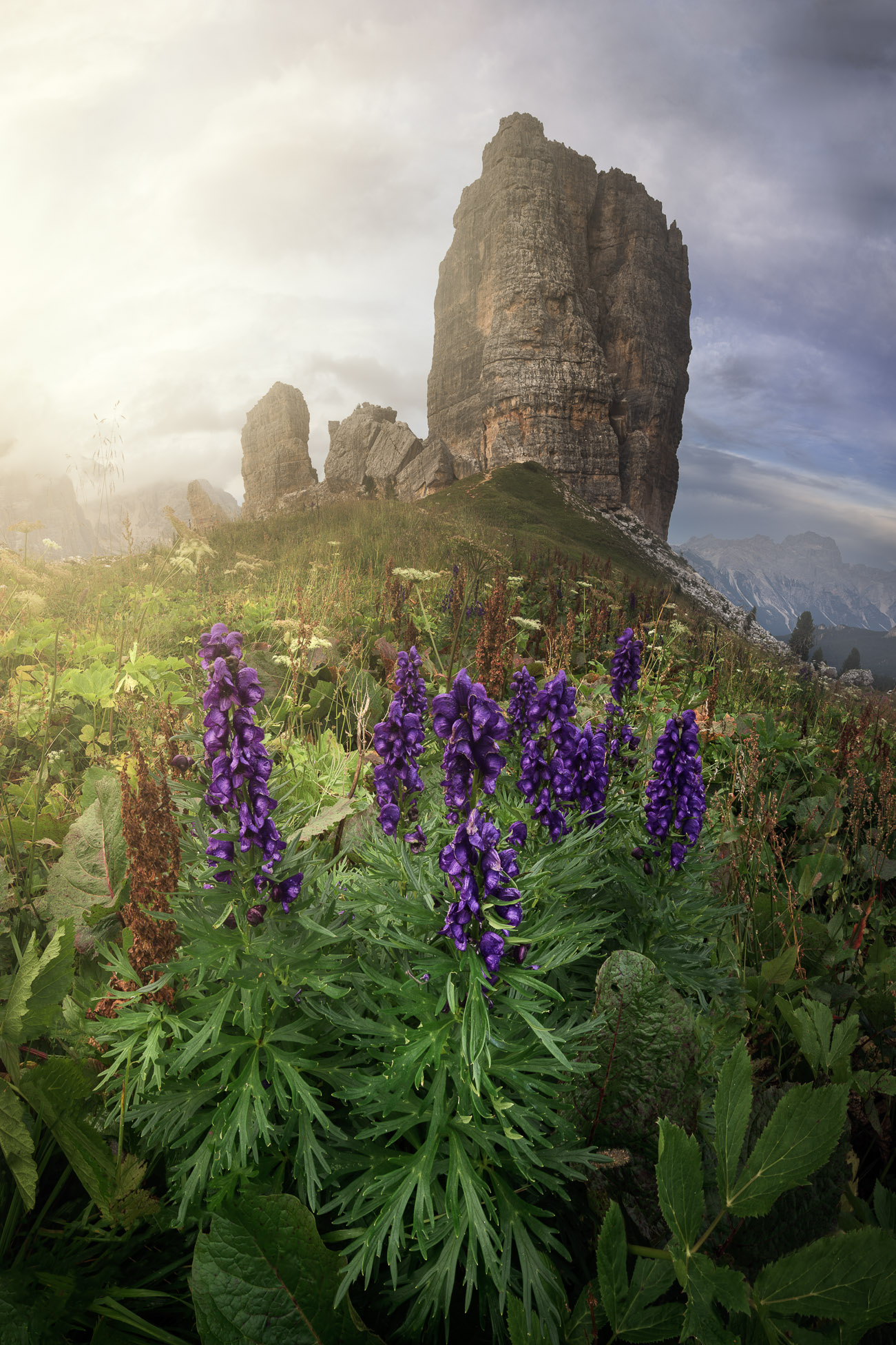 In the Dolomites, I was once again drawn to a deceptively beautiful and serene location. Cinque Torri, another of the range’s famously scenic locations, was my next destination during my family vacation this summer. Cinque Torri didn’t even require a lengthy hike — it was accessible via a ski lift, and I sailed up over the mountain terrain, gear in hand, ready to photograph another remarkable Dolomite landscape.

The view from Cinque Torri was as beautiful as I anticipated. Some of the peaks in this region soar to more than 10,000 feet before plunging down into rocky valleys lined with wildflowers.

But the stunning views from Cinque Torri also revealed a dark and violent history. It was here, during World War I, that the forces of Italy and the Austro-Hungarian Empire clashed in some of the fiercest fighting of the war. A short distance from the peaks that enchanted me were trenches, tunnels, and barbed wire where fighting once raged. These remnants of war are now an open-air museum, completely harmless, but they felt ominous to me, reminders of the terrible atrocities that humans can inflict on one another.

I settled on a location to photograph, with the great peaks in the background. In the foreground, I focused on the vivid purple wolfsbane flowers that grow in the Dolomites. Like Cinque Torri, the flower is beautiful but deceiving; they are lovely to look at but they harbor a deadly poison, and it struck me that the flowers were a perfect metaphor for Cinque Torri. I got my photographs and started back down the trails, pondering the nature of beauty.