In the Temple, Bagan, Myanmar

While traveling through Myanmar, I was struck repeatedly not only by the intricate beauty of its temples, but by the deep and profound spirituality of the people. The Buddhist faith seems to permeate every aspect of life in Myanmar. In all of my travels, I couldn’t think of another place where religion was so deeply ingrained in its people. 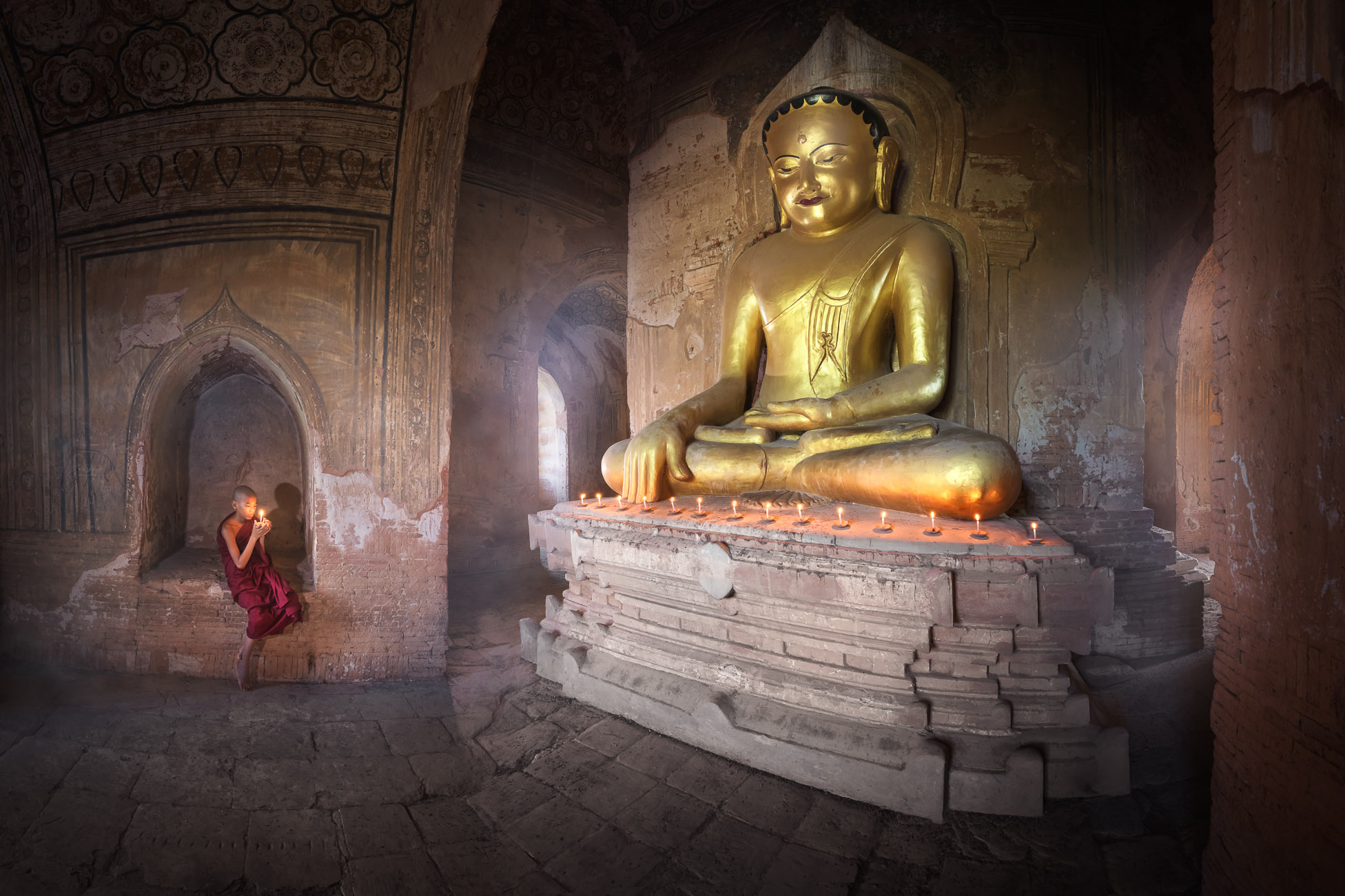 I was particularly impressed Myanmar’s children, many of whom were novice monks. They were barely old enough to read, and already they had dedicated themselves to a life of study, prayer, and meditation. I saw them inside virtually every temple, heads bent in concentration.

Seeing such dedication in such young boys made me reflect on the faith and its history. I was intrigued by the idea of a faith without a god, a belief system that esteems enlightenment above all else. I thought of the faith’s origins with a young man of wealth and privilege, Siddhartha Gautama. Pained by the suffering he witnessed in the world, Gautama abandoned his life of comforts and indulgences for one of poverty and asceticism. Still unfulfilled, he adopted the Middle Way, a life lived between the two extremes, and spent six years of his life searching. Finally, while meditating under a Bodhi tree, Gautama is believed to have achieved enlightenment and began teaching others how to reach this state. His followers called him Buddha, which means “enlightened one.”

The exact dates of the Buddha’s life and death are unknown, as are other crucial details of his life. But that’s no matter. It is the essence rather than the facts of his life that is significant. And I could see it — that devotion to edification, the pursuit of something beyond oneself — reflected in the faces of the young novice monks I encountered. It was one of the most profound experiences of my life.

This entry was posted in Interior and tagged Bagan, Myanmar.