San Giorgio Maggiore Church mainly sits empty and only occasional tourist ventures here across the water. Inside of the walls is unspeakable beauty and history. 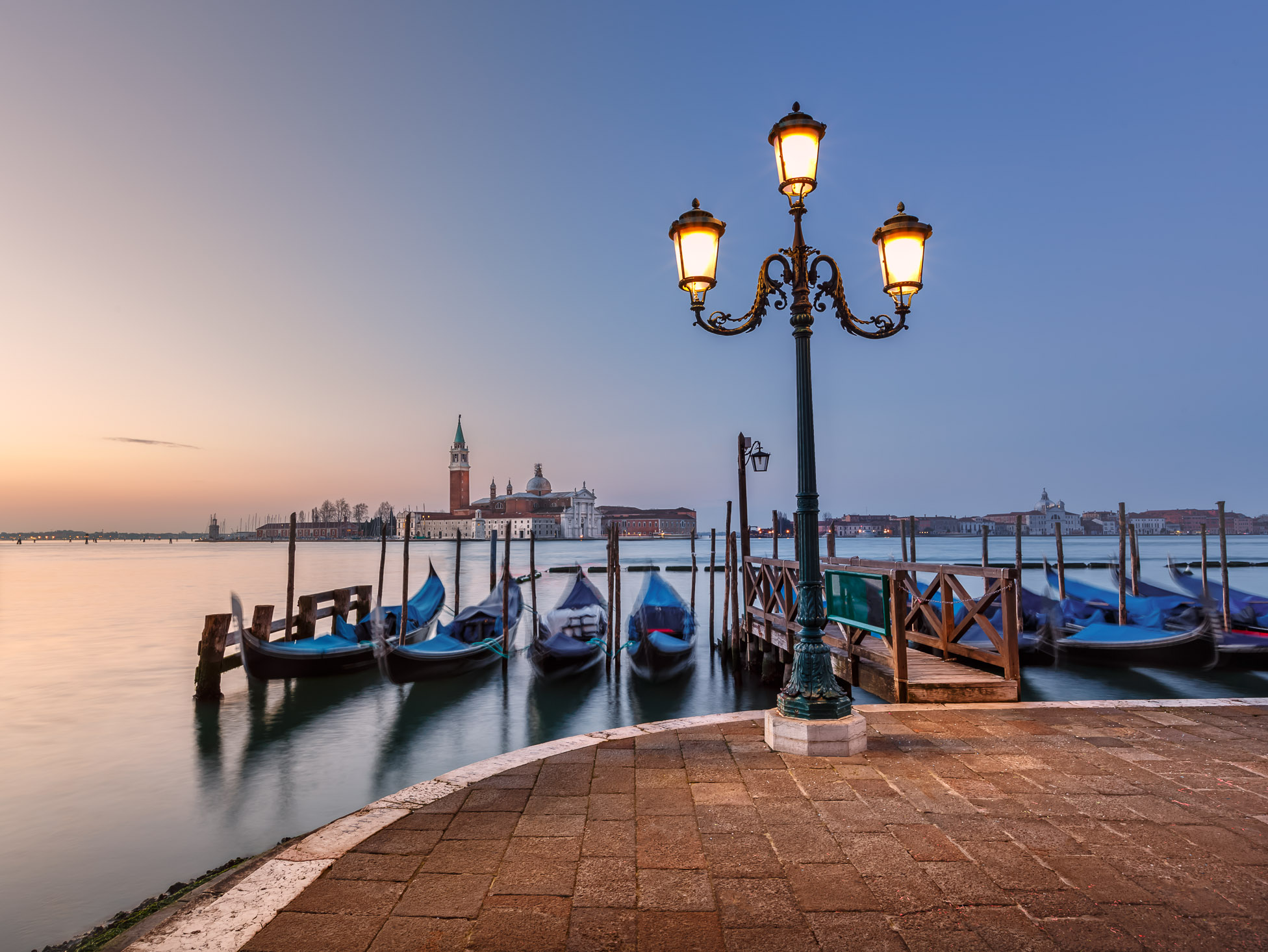 The church saw many great men come and go; one of those was Pope Pius VII, who was elected on the ground of San Giorgio Maggiore Church. Like many of the world leaders of the time, Pius VII spent a good portion of his leadership dealing with Napoleon Bonaparte.

Pius VII was even held prisoner by Napoleon where he was dragged across the Alps then imprisoned for five years where he was subjected to cruel treatment including being drugged with morphine by a fake doctor, all so the Pius would bow to Napoleon. Napoleon did not only want to rule the world, he wanted the Catholic Church. In the end, we know he would get neither.

Pius story all starts here in Venice where I’m capturing this photo early in the morning among many other photographers. The main object, San Giorgio Maggiore Church, looks especially isolated with the water and sky from this angle. Though color and texture of the church are the same as the foreground giving some relation between the shore and the church. The church and shore pavers warmly contrast against the cool sea. The blue light of the fleeing night contrasts with the warm glow of the lamp. Also the pavement contrasts starkly with the smooth water surface.

The sense of history, the composition and the lighting makes for one of the strong photos from this set.