During the reign of the Romans over Barcelona, Christians were unfairly persecuted. One of the patron saints of Barcelona, Saint Eulalia was a casualty of the persecution in the reign of emperor Diocletian. 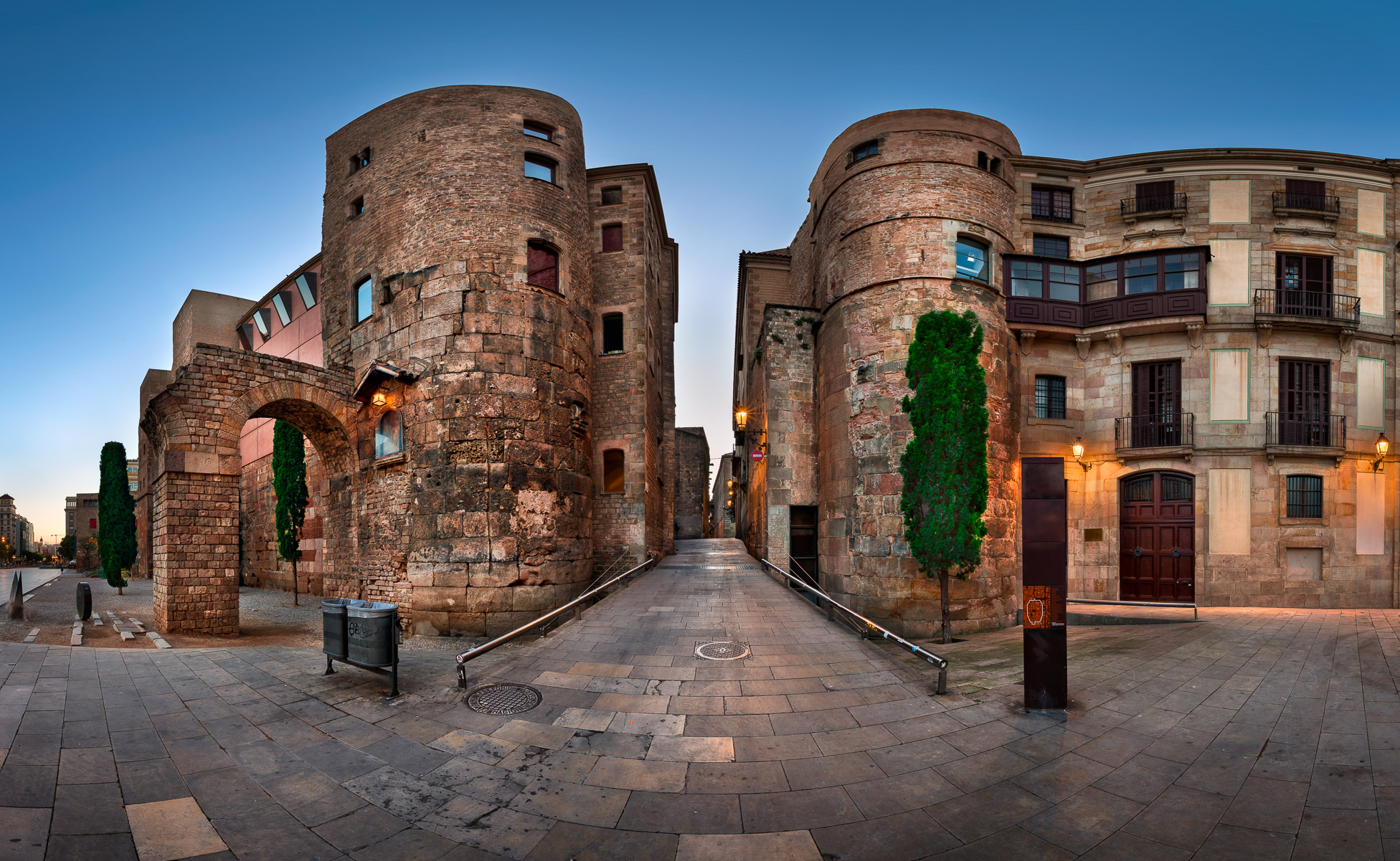 Eulalia was a little girl who refused to recant her Christianity despite threats. As a result, the Roman soldiers tortured her by rolling her the street in a barrel with knives followed by a crucifixion. Lastly they went to decapitate the poor 13 year old girl. As they did, a dove flew miraculously out of her mouth.

There is so much history in Barcelona, some good and some bad. The Roman Gate were built here long ago in the times of Roman City of Barcino. In this place you can feel how old the city is in the air.

This shot was taken at Placa Nova where Barcelona Cathedral is located. I wanted to create a shot of the Roman Gate, so I setup during the best morning light just before sunrise. As usual I opted for the panoramic composition to convey the real sense of this magnificent place.