Pantheon in the Morning, Rome

Much of history has been destroyed, looted and burned. The building pictured here, the Pantheon, is one that managed to escape the destruction of the Middle Ages. 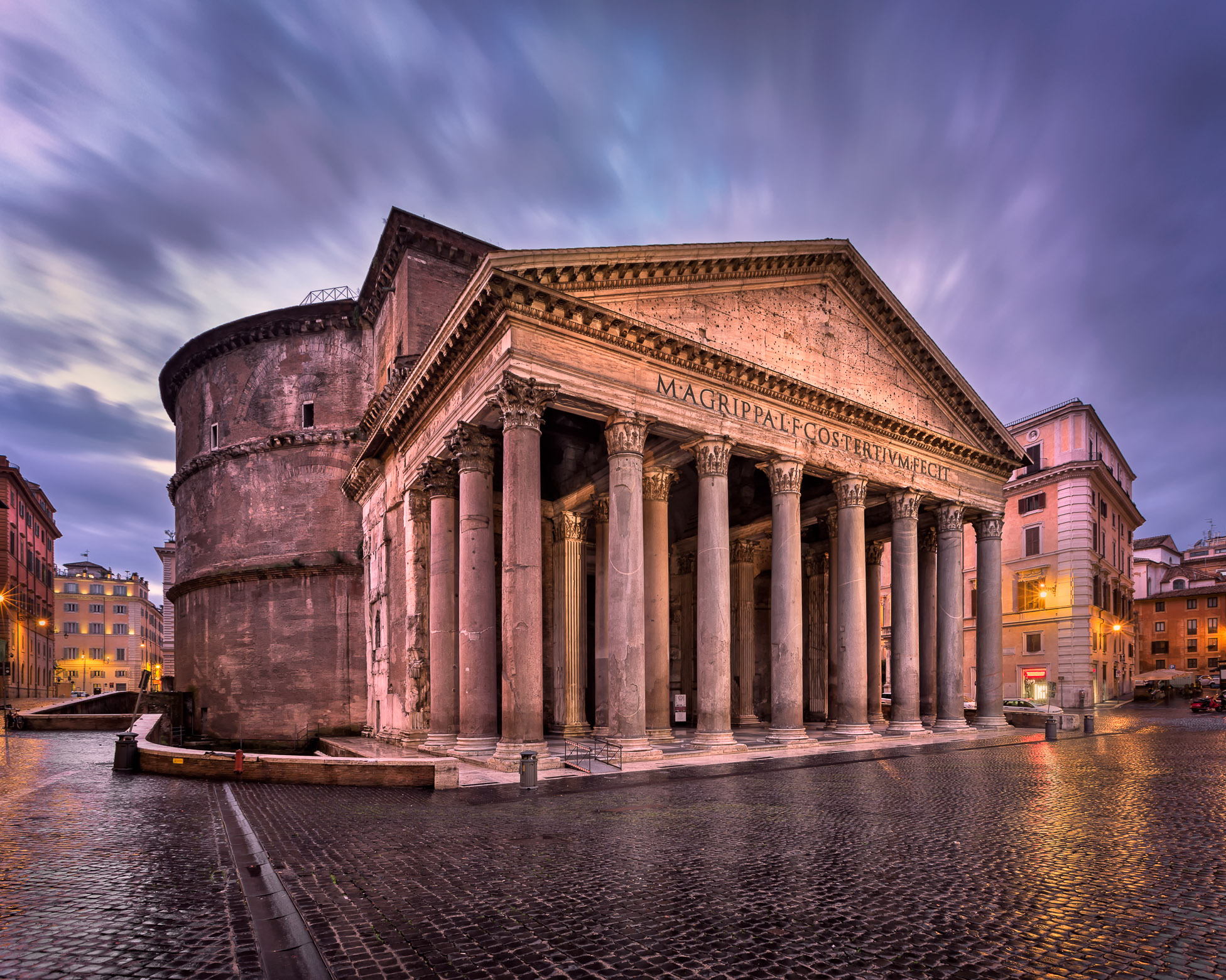 Instead of destroying it, the Pantheon was converted into a church. This doesn’t mean it stands as it once did back in acient times. Paul the Deacon records the destruction of the building:

“Remaining at Rome twelve days he pulled down everything that in ancient times had been made of metal for the ornament of the city, to such an extent that he even stripped off the roof of the Church of the blessed Mary, which at one time was called the Pantheon, and had been founded in honour of all the gods and was now by the consent of the former rulers the place of all the martyrs; and he took away from there the bronze tiles and sent them with all the other ornaments to Constantinople.”

We are lucky that something remains of the Pantheon, and it truly is one of my most beloved buildings in Rome. Before I even planned the trip, I was desperate to shoot it as soon as possible. During the trip a dozen different reasons kept popping up that I couldn’t make it to the site to shoot it in the morning – it is too busy in the evening to try to even shoot it.

The last day the opportune moment pops up, but guess what, it rains! I was devastated. Still, as many desperate man has done, I decided to shoot it anyways despite all forms of logic and experience telling me this would not be a fruitful experience.

When I arrive at the Piazza della Rotonda it looks completely ominous like a villain just entered the scene. The clouds are dark. The rain is heavy. The Pantheon is actually closed for the night since I arrived well before dawn. Like a trooper, I find a space under the pillars to hide from the rain, but this limits my view.
As the sunrise approached, it starts to get brighter. I set up my tripod under my hiding place from the rain. Miraculously the sun comes out! This is like Christmas morning for this photographer! I run out from hiding then start shooting like crazy.

The sunrise offered the perfect light and it was a fantastic shot! Remember to be persistent and sometimes the sun will shine just for you!