This spontaneous shot upon Westminster Bridge reminded me of the poem by William Wordsworth. 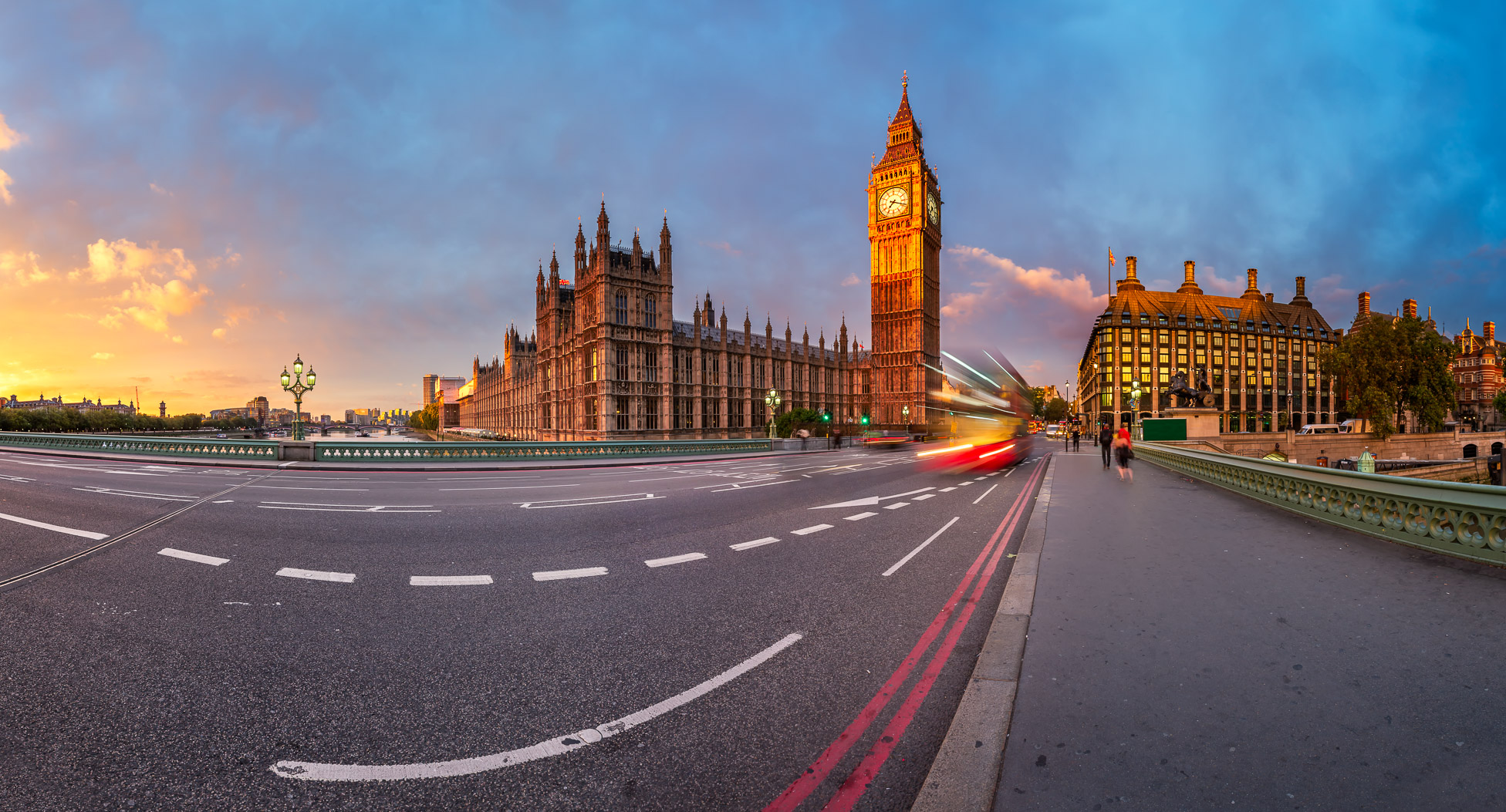 “Earth has not anything to show more fair:
Dull would he be of soul who could pass by
A sight so touching in its majesty:
This City now doth, like a garment, wear
The beauty of the morning; silent, bare,
Ships, towers, domes, theatres, and temples lie
Open unto the fields, and to the sky;
All bright and glittering in the smokeless air.
Never did sun more beautifully steep
In his first splendour, valley, rock, or hill;
Ne’er saw I, never felt, a calm so deep!
The river glideth at his own sweet will:
Dear God! the very houses seem asleep;
And all that mighty heart is lying still!”

I’m so lucky to visit the city which inspired the likes of Williams Wordsworth and countless others to create beautiful art. As I was crossing the Thames river after a shoot on Parliament Square, I was inspired like Mr. Wordsworth must have been by the beauty of London.

The sunrise colors were nearly faded. Luckily, the first ray of the rising sun came from behind the clouds and illuminated the Clock Tower. The Clock Tower started to radiate fantastic orange light as the rest of the sky also began to glow. Although it was an unplanned shot, I just could not pass by.

Another luck: an iconic red, double-decker bus happened to move right into the frame during my shot. The long exposure blurred the bus and gave it additional energy and sense of motion. Although such perspective has been captured many times I feel the moving bus and spectacular light make for a great photo!