On my family’s most recent skiing trip to the Alps, we made a stop along the way in Florence. We thought it would be a shame to pass an opportunity to explore one of the world’s truly great cities. 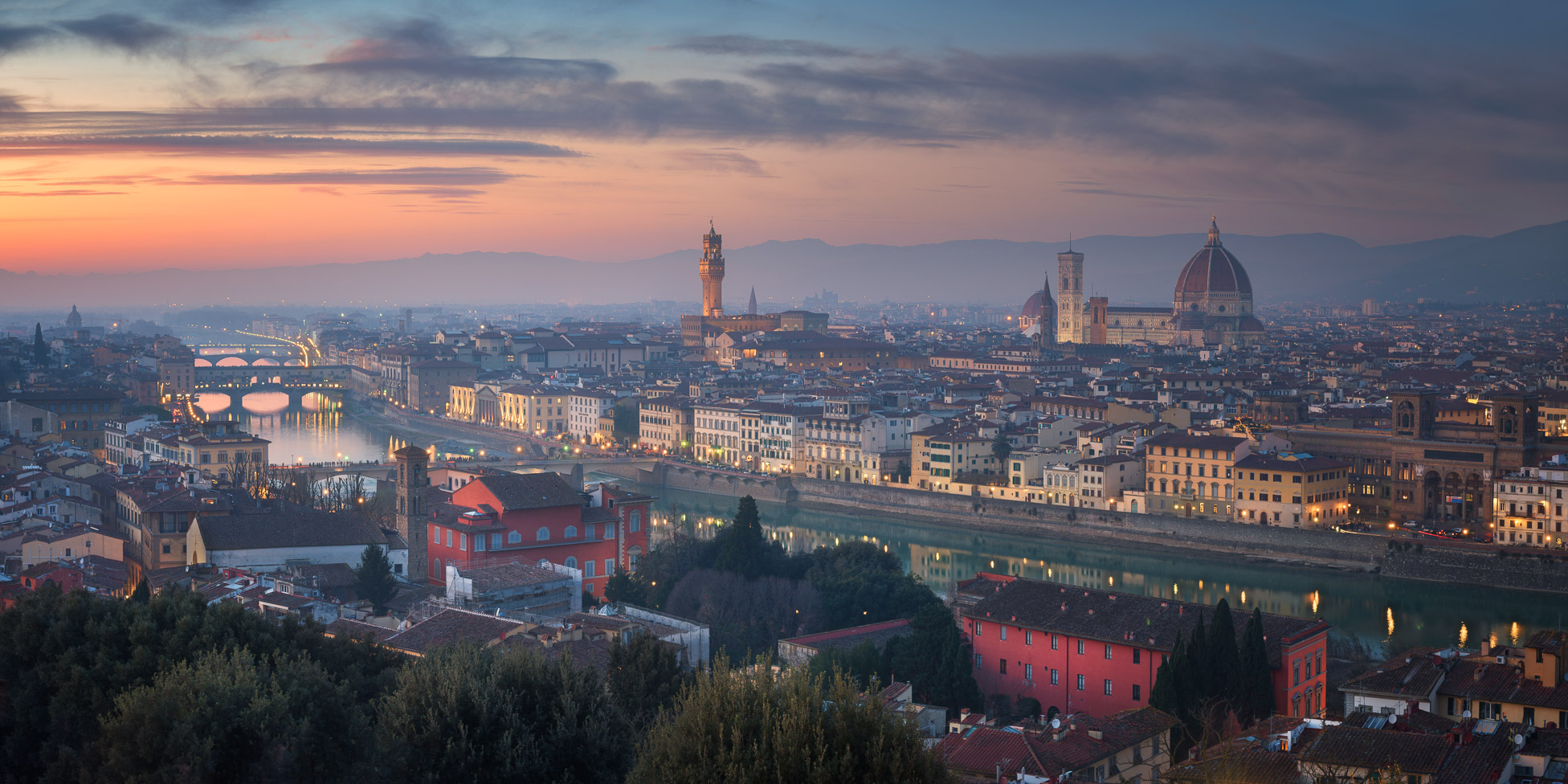 You can license this photo on my stock photo website >>

What is there to say about Florence? The city has captured hearts and imaginations for centuries. It is ineffably beautiful. Is it any wonder that the Renaissance began in this gilded city? I could easily imagine Michelangelo and Botticelli wandering the city’s ancient streets, being stirred to create their greatest works by the beauty they experienced every day. You can’t help but be inspired in Florence.

I spend a lot of time thinking about places and the effect that place has on a person’s life and work. Florence, it seems, is a city that inspires a person to think as if they were grander version of themselves, to create something magnificent for the ages. I found myself continually thinking of Brunelleschi, his brow furrowed in deep concentration as he worked out the curious arithmetic of the city’s great dome. A man with no formal architecture training, Brunelleschi nonetheless designed the Duomo, the largest dome in the world at the time, and designed the machinery necessary to build the incredible structure. The exact method he used for the dome’s construction isn’t fully understood, even today. It boggles the mind.

But when I walked high up onto the hill on the Piazzale Michelangelo to photograph the city at sunset, it was another artist who occupied my thoughts. Looking out over Florence just as the sun began to set, the last pale light of day glittering on the surface of the Arno, I thought of the American writer, Mark Twain. Looking out at a view like my own — maybe the same one — Twain remarked that “To see the sun sink down, drowned on his pink and purple and golden floods, and overwhelm Florence with tides of color that make all the sharp lines dim and faint and turn the solid city into a city of dreams, is a sight to stir the coldest nature, and make a sympathetic one drunk with ecstasy.”

This entry was posted in City and tagged Florence, Italy.