The words “city hall” typically brings to mind a less than inspired architecture — something bland and bureaucratic with no artistic merit whatsoever. 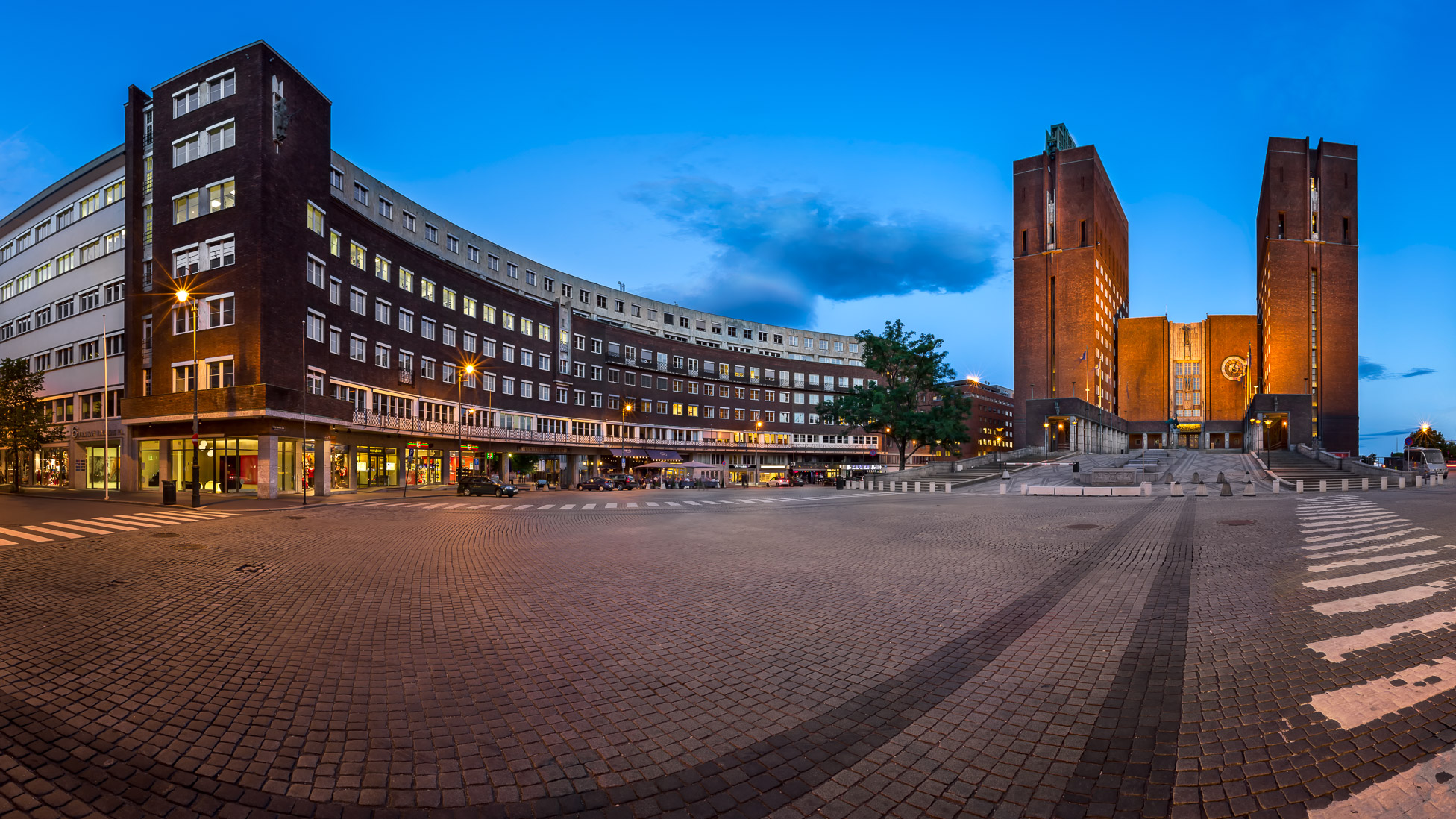 From the outside, Oslo City Hall is such a building; consisting of two block-like towers that seem to loom over the city, the structure is reminiscent of Soviet-era Eastern Block architecture — severe, ominous.

In fact, the building is a fine example of Functionalism, the architectural movement of the early twentieth century which stressed that a building’s design should closely follow its purpose, hence, the straightforward, sparse lines of Oslo’s City Hall.

But dismissing the blocky, somewhat forbidding structure as simply another workaday municipal building would be a mistake. This is the building where the Nobel Prize is awarded, after all, and it’s the interior that regularly lands City Hall on “must-see” lists. The building’s interior is a celebration of Norwegian national identity portrayed in the work of eighteen different artists. During the building’s construction, a competition was held to determine which artist’s work would adorn the interior. So many artists submitted designs that the jury chose to allow a larger number of artists, as well as a host of artisans and craftspeople. The result — quite at odds with the building’s rather unremarkable facade — is an interior that is a riot of color and design, a tableau of murals and tapestries which tell the story of the Norwegian people.

The building’s stark facade, beloved by some and derided by others, makes it an unmistakable landmark of the Oslo skyline. In a scenic spot (the former location of a permanent circus) overlooking the harbor, it’s one of those structures that commands attention, regardless of your feelings about its style.

On a June evening, when nights are short but twilight lingers, the light that falls over City Hall is perfect for photography; it’s difficult to look away from the striking pair of towers and the history celebrated within.