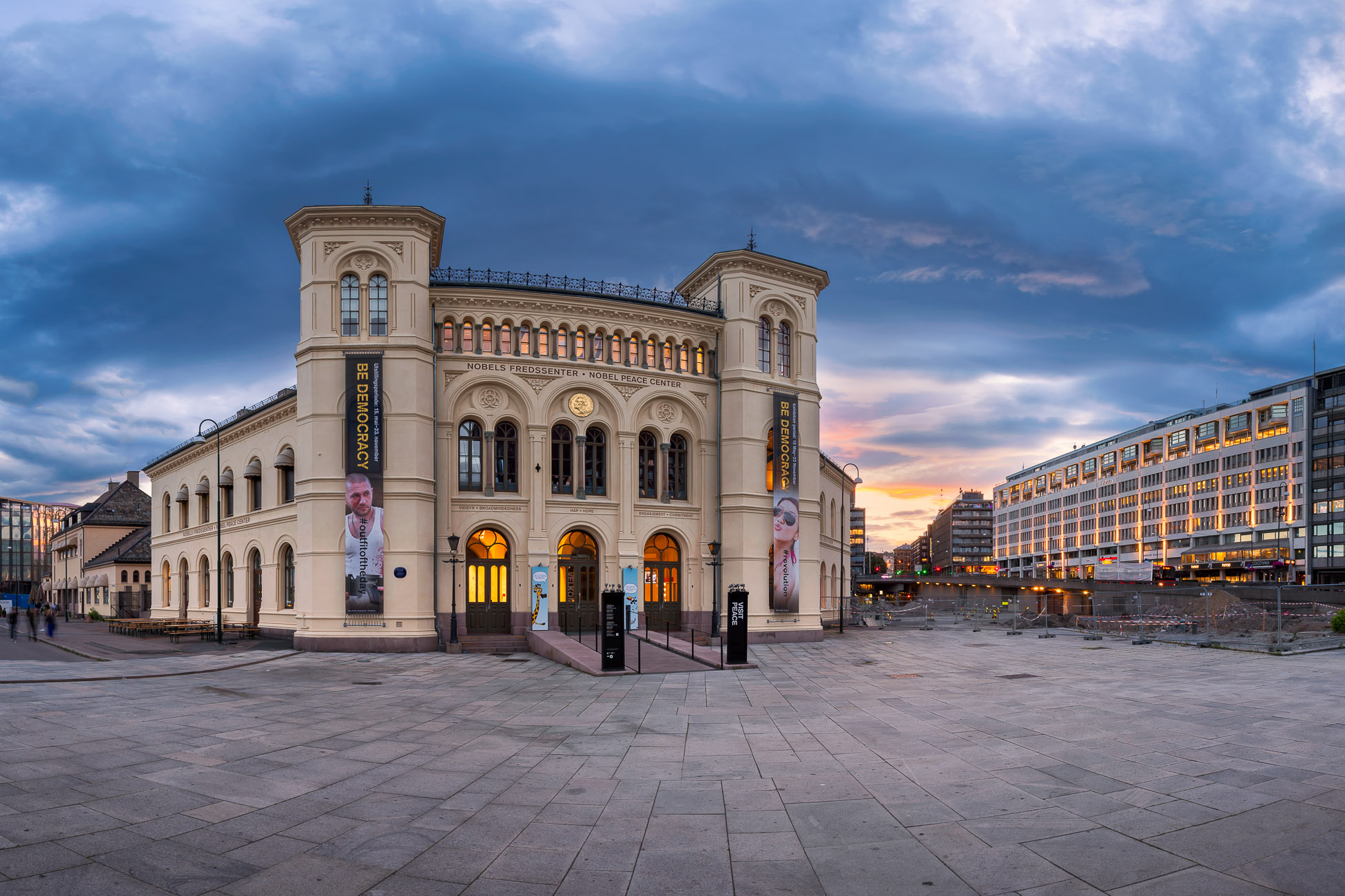 A smallish yellow building along the sea, the size of the center belies the history and scope of the award detailed inside. It seems fitting that the Peace Prize — alone among the Nobel awards — is given in Norway, a country whose people seem to value nothing so much as stability and equal treatment.

There’s a story here, behind the yellow building’s facade. It’s the story of Alfred Nobel, inventor and pacifist, who created dynamite in the hopes that it would put an end to war — that the possibility of mutual destruction would lead nations to abandon fighting. When Alfred’s brother Ludvig died in 1888, newspapers mistakenly ran an obituary for Alfred, and the quiet, unassuming pacifist was shocked to find himself described as a “merchant of death”. Not wanting his legacy to be one of destruction, Nobel arranged for the bulk of his estate to go the creation of the Nobel Prizes.

Normally Radhusplassen teems with people, tourists and locals alike. But I waited until evening began to fall, preferring to contemplate the building and what it represents in comparative solitude. In the quiet, as dusk fell over Oslo, I photographed the museum, a small, relatively unassuming structure dedicated to the work of peace.