Most of my time spent abroad is spent with camera in hand and frequently with many pounds of gear in tow. The final result might suggest that my life is filled with vacations in exotic destinations, but in reality, I don’t even get to see the places that I visit in the same way that a tourist does. My focus is on work and on what I need to do to get the best shot. 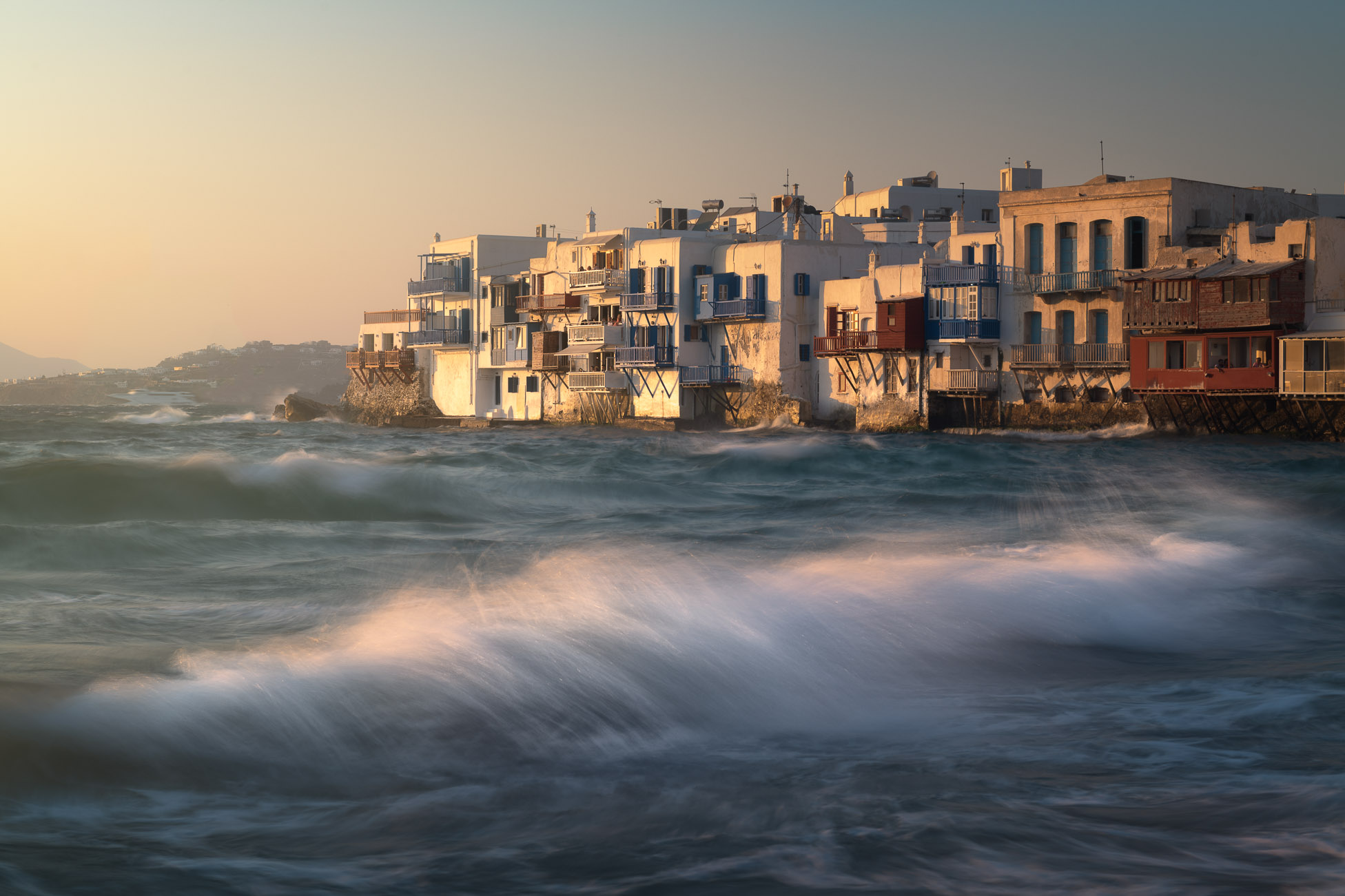 So when my family and I planned a vacation to Greece, it was intended to be precisely—and only—that: vacation. Almost any spot along the Mediterranean coast is a respite for me; I’ve traveled to many locations along the sea, and the warm breezes and deep blues of what Homer called the “wine-dark sea” never fail to have a calming, rejuvenating effect on me.

But I am constitutionally unable to travel — even for vacation — without my camera and gear. I didn’t expect to put them to much use, as we were staying in the kind of lush accommodations that encourage relaxation rather than exploration. My plan was to do much more of the former than the latter.

But this is what happens in Greece: no matter how many times you’ve seen it and no matter how many of its charms you think you know, there is always something more. You wander its narrow, maze-like streets, and around every corner is something new and you find yourself entranced all over again.

At the west end of Chora, where the winding streets of the town meet the sea, I found Little Venice. The neighborhood gets is nickname because of its buildings, which appear to be built right into the sea. Hundreds of years ago, wealthy ship captains and fishermen built their homes right upon the water, giving them the appearance of hovering just above the sea’s surface. Brightly painted, the homes — most of which are now restaurants and bars — make a striking image against the deep blues of sea and sky. Sunsets at Little Venice are especially breathtaking.

I went to Mykonos with the best of intentions to relax and enjoy some time away from work with my family. And I did. But like many before me, I was charmed by Little Venice. My vacation became something of a working holiday because I couldn’t resist returning there each day at sunset to see its unique architecture lit by golden hour sunlight. Like Henry Miller, I found — once again — that Greece is a muse.

This entry was posted in City and tagged Greece, Mykonos.