I continued to wander through the old capital of Inwa. Beyond the crumbling temple complex, it was a landscape of abandoned monasteries, decaying city walls and watchtowers that now looked out over a terrain devoid of humans. There is something endlessly fascinating to me about abandoned places; bereft of people, their stories can only be filled in by imagination and conjecture. 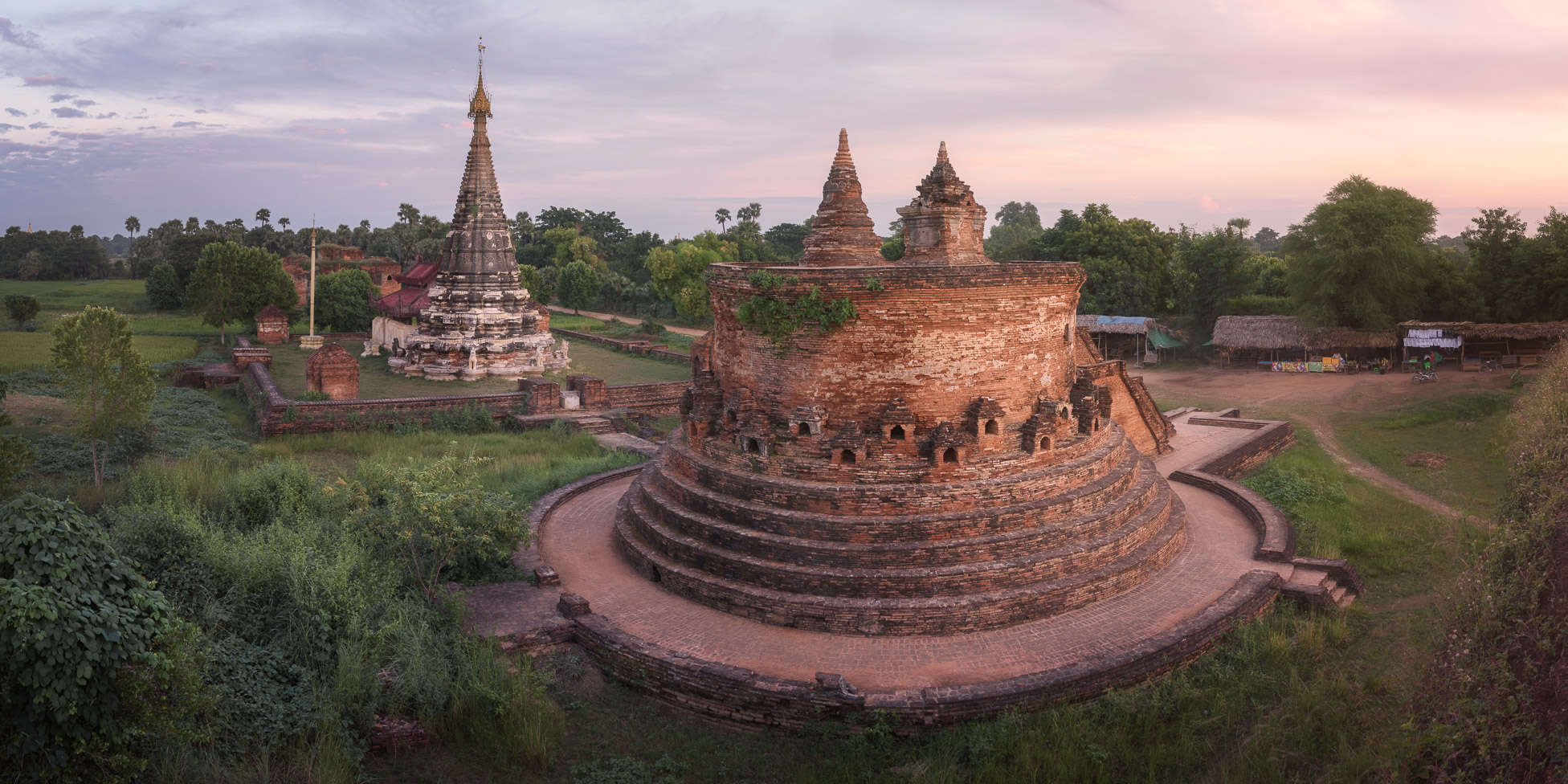 Because of the difficulty of getting there, Inwa was far less touristy than Bagan and some of Myanmar’s other ancient sites. I was alone for most of that day, and there were only a few small huts to indicate that anyone still lived on the island. Inwa is similar to Bagan with dense tropical brush punctuated here and there by an ancient stupa, but the absence of tourists meant that I was free to wander the time-worn capital as I wished, with no one standing in the way of my photographs.

And unlike Bagan, in Inwa, it is still possible to climb to the top of the temples. Many of Inwa’s temples appear to be crumbling and decaying at first glance, but are actually still quite substantial. Excited to see Inwa from a higher vantage point, I found myself, with gear in tow, scurrying to the tops of these ancient structures, eager to look out over the uninhabited countryside.

Hauntingly beautiful from any angle, I found that Inwa was especially lovely when viewed from the top of one of its temples. From there, it was possible to see several of the abandoned temples and a swath of the surrounding countryside, dense with palms and creeping vines. I observed Inwa from my perch until the sun was low on the horizon. Then, happy with the photographs I’d made, I headed back to the ferry for Mandalay.

This entry was posted in City and tagged Inwa, Myanmar.