Though I had already spent some time in Zaragoza and had photographed the Basilica of our Lady of the Pillar, when I found myself in the area again, on the return trip from San Sebastian to Barcelona, I couldn’t resist stopping. Zaragoza is a beautiful, historic city, and the basilica never failed to enchant. 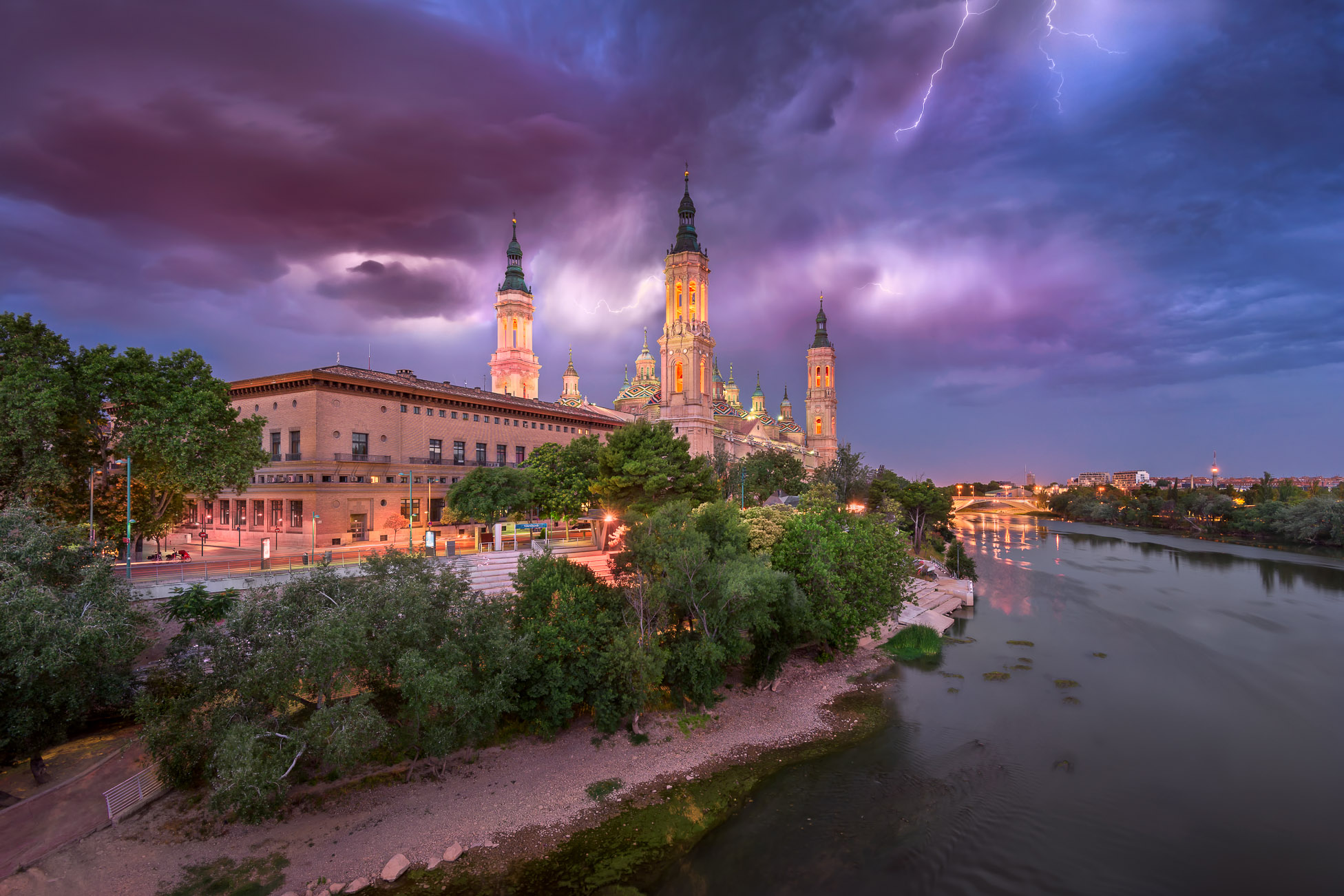 So once again, I set up my tripod on the banks of the Ebro River. It was early evening, and clouds were beginning to settle over the city; a storm was coming and I could smell rain in the air. I hoped that I’d be able to get a good shot before it started to rain.

As it happened, I was lucky. The weather began to change more quickly than I anticipated, with deep purple and indigo clouds settling in low over the basilica. As I rushed to get the shot, lightning began to illuminate the sky over Zaragoza, providing a dramatic backdrop for the basilica. It seemed that lightning flashed every few seconds, and it was hard to catch it in a shot — it’s more elusive than I would have imagined. I managed to catch a brilliant flash of lightning in just a couple of shots, but they were beautiful — a bit of nature’s drama in a violet sky over Zaragoza.

This entry was posted in City and tagged Spain, Zaragoza.