Sometimes, as a photographer, you set out to photograph one thing, and along the way, you find something unexpectedly beautiful that changes all of your plans. When I set out to go to the Isle of Eigg, a place I’d long wanted to see, I planned for a short stay in Edinburgh along the way. 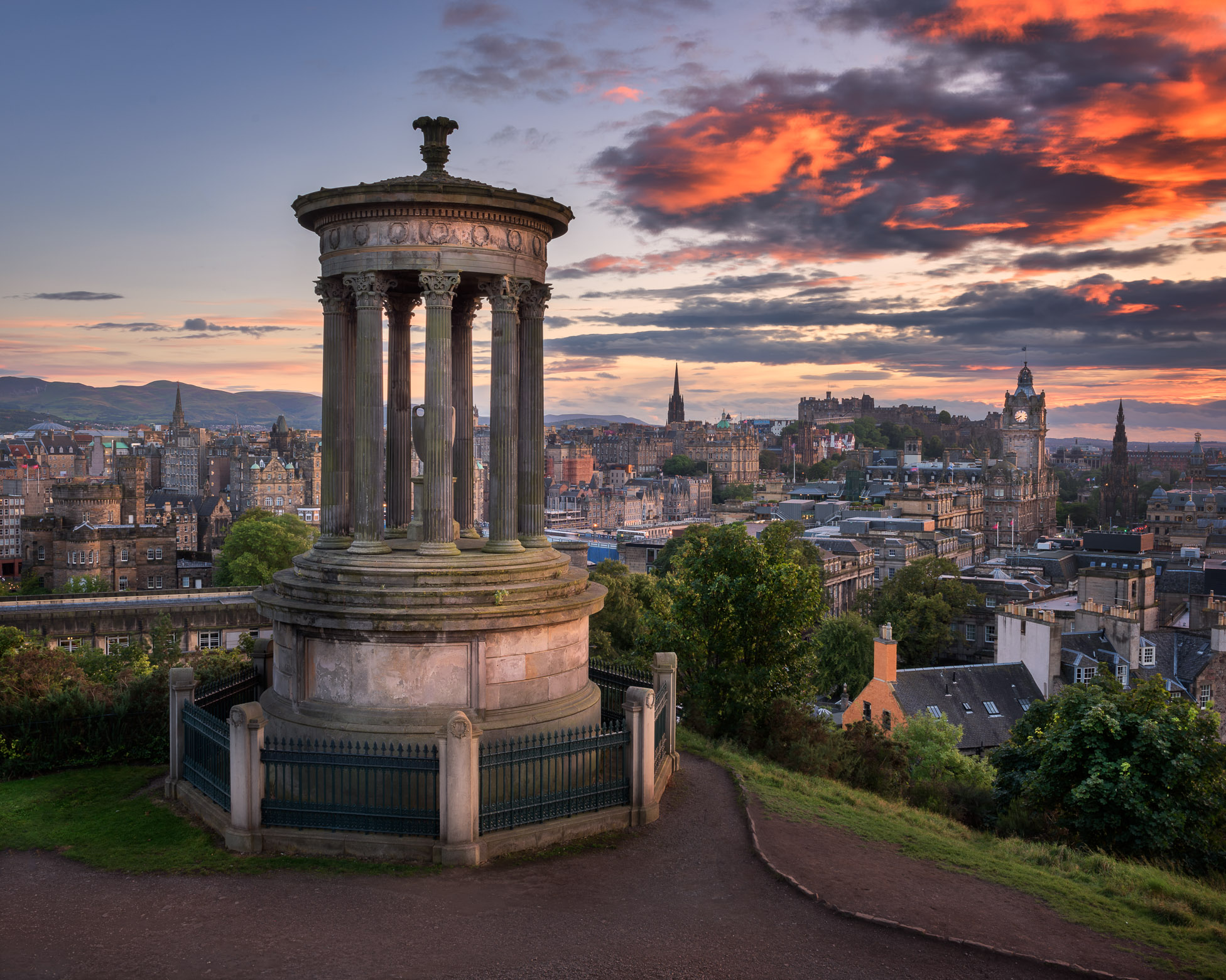 I’d seen photographs of the city and read bits about here and there, but none of it had left a particular impression with me. I planned the stop in Edinburgh mostly as a lark.

But in the way that things often happen, Edinburgh surprised me — the city is a wonder. I wandered through the Old Town, down its narrow streets and hidden alleys, each one seeming to hold untold stories. The twenty-first century doesn’t intrude much in Edinburgh’s Old Town; walking along the brick streets in the shadow of Edinburgh Castle is a bit like stepping into a Harry Potter novel, and I say that admiringly.

I made my way to the top of Calton Hill, one of the main hills overlooking the city. Calton Hill was planned to be a monument to soldiers of the Napoleonic Wars, but money ran out and it was never completed. It’s difficult to imagine now, but for years, the hill was seen as an embarrassment to the city, known as “Edinburgh’s Shame.”

Nowadays, no one views the hill as an embarrassment. Attempts to turn it into a commercialised tourist attraction mercifully failed. It’s ruggedly beautiful and from the top of Calton Hill, I had views of the entire city. It was my first trip to Edinburgh, intended only as a quick stop along the way to another destination, and I felt lucky to have gotten to explore the city and its Old World charm. Looking out over the city as the sun set, I understood Queen Victoria’s remark that Edinburgh is “fairy-like and what you would imagine as a thing to dream of.”

This entry was posted in City and tagged Edinburgh, Scotland, United Kingdom.