Clock Tower and Big Ben is one of the best known landmarks in the world, but very few know what it sounds like when the clock strikes. If you get a chance, I suggest looking up a recording of the bells. For a while there the bells which ring over London everyday did not chime. 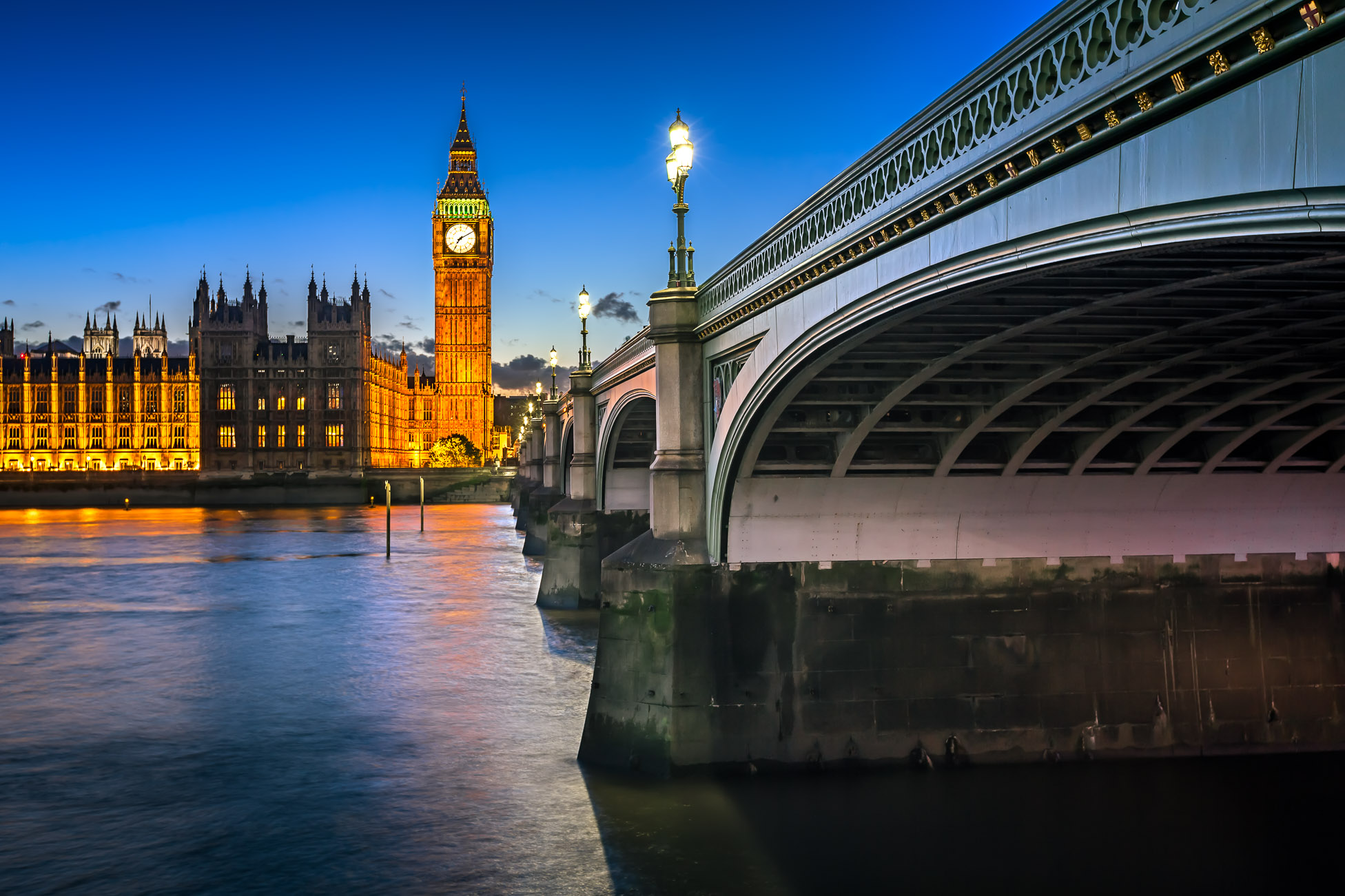 In October of 1859, a mere 3 months after bells finally were installed, the largest bell cracked due to the hammer strike. So why not replace the bell? Well, there was one small flaw in the design. In order to move the bell out one would have to remove the Great Clock and all the complex mechanisms behind it.

For a few months no one came up with a solution. Until someone suggested to turn the cracked bell a quarter turn, so that the hammer would strike a different spot. It worked out! The hammer still strikes this spot today.

Capturing a photo of such an iconic landmark is never easy, but I always must put myself up to the task. This shot was during my business trip to London in October of 2014. On the first evening I went to this location to take a crack at snapping famous Clock Tower.

Unfortunately the sky was not cooperating. It was in fact clean and boring. As a photographer I know how impressive sky is so imperative to getting a good shot! I needed to improvise, so I decided to include more of Westminster Bridge and less of the sky into the frame.

I used the diagonal lines of the bridge from the edge of the frame to create a strong composition and dynamic leading lines to guide viewer eyes to the main focal point. Although the sky itself was quite boring, the reflection of the sky on the river added in some nice texture to the photo.