Church of Our Lady of Mount Carmel, Malta

Looking at the beautiful Church of Our Lady of Mount Carmel, it’s difficult to imagine that Malta was once the province of Crusaders, the last one, in fact, and the most impregnable bastion of Christianity in the Mediterranean. 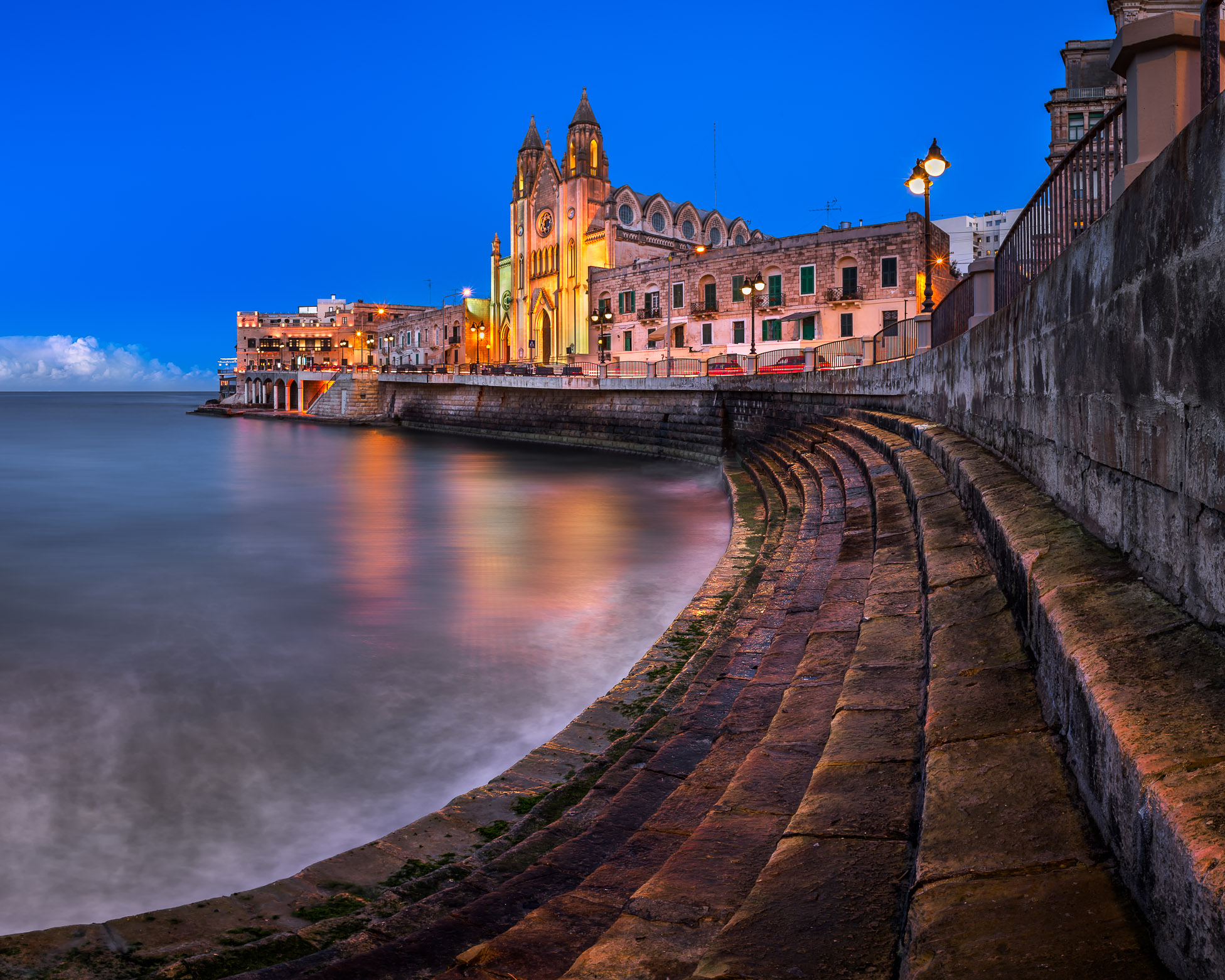 The St. John Knights, in return for fighting anti-christian forces, were given the island by Charles V in perpetuity as long as one condition was met — they were to send him a falcon once a year. They held the island for nearly three hundred years, until overwhelmed by Napoleon’s forces.

The church, perched above a series of steps leading to Balluta Bay, exists in the written record as far back as 1601, when a visiting bishop recorded that it was built in 1580. But that was simply a church on the same site; the present-day structure has been rebuilt or enlarged three times since the 1800s. The most recent incarnation, a striking Latin construction, was completed in 1958.

The church would be striking in any environment; in St. Julian’s — which is really just a fishing village at heart — it’s breathtaking. I struggled to find just the right angle to capture it. Ultimately, I settled on photographing it from the vantage point of a gentle curve in the steps, which focuses the eye on the church and the glittering reflection of the lights of St. Julian’s in the bay.

This entry was posted in City and tagged Malta, Saint Julian.