Panorama of Cesky Krumlov in the Evening

After several days in Prague, I made the four-hour drive to the medieval town of Cesky Krumlov, tucked in a sharp bend in the Vltava River. Everything that I found lovely and atmospheric in Prague was replicated on a smaller scale here, even the stunning castle overlooking the river. It was as if the oldest and loveliest parts of Prague were recreated in miniature for the amusement of a child. 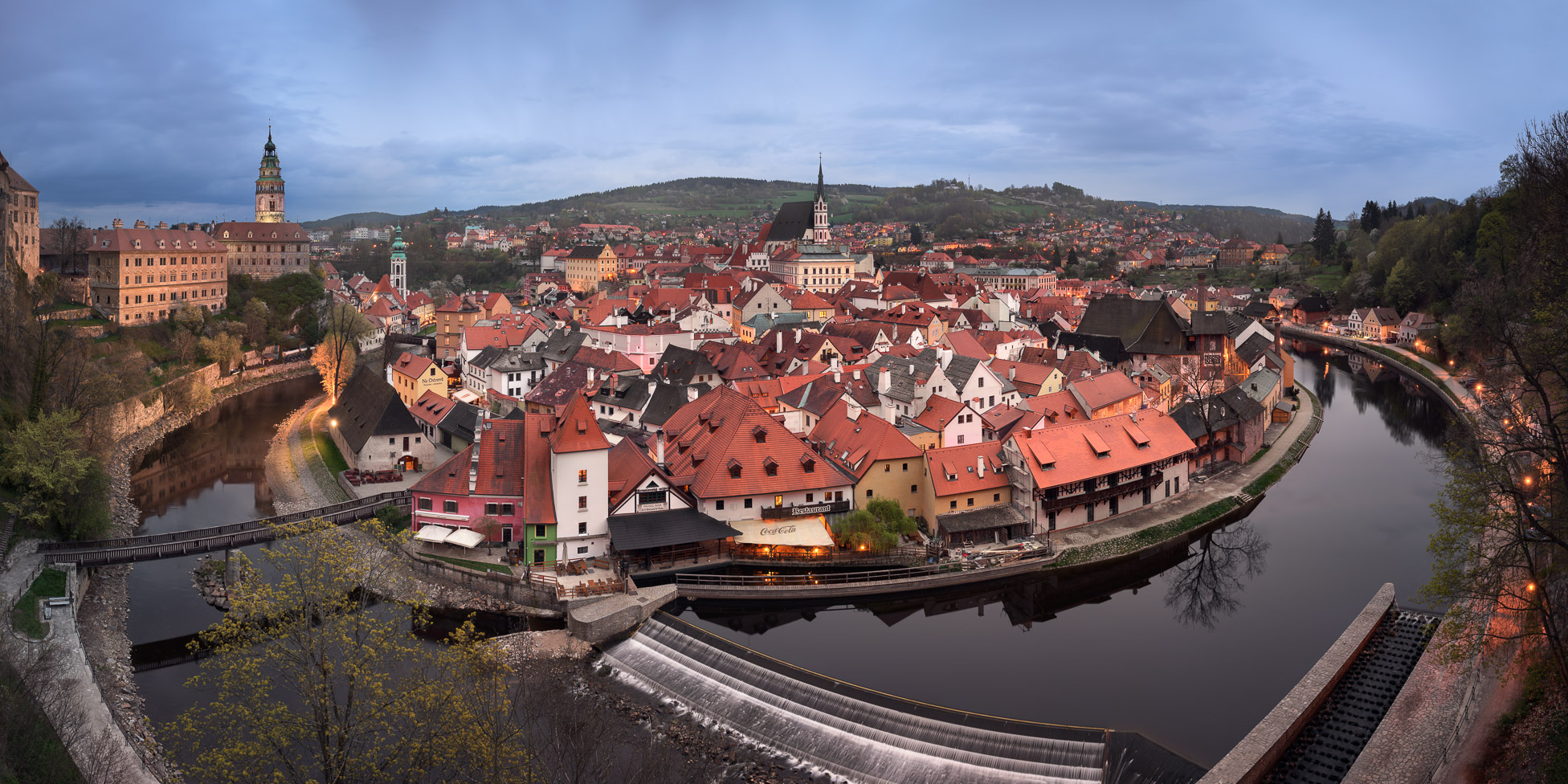 More than many cities in Europe, the medieval character of Cesky Krumlov remains largely unchanged. Stepping into this city is a bit like moving backwards in time, crossing an invisible membrane between the present and the past.

As medieval towns often did, Cesky Krumlov developed around a castle. Built in the 13th century, the castle gradually expanded into a compound, housing royalty and aristocrats. The life of Cesky Krumlov radiated outward from the Gothic structure at its heart. To this day, the castle compound includes bear pits, whose inhabitants have been a part of life at the castle since the Rozmberks added bears to their coat of arms.

It’s difficult to imagine now, but the years of Communist rule in what was then Czechoslovakia were not kind to Cesky Krumlov. The city was not maintained and its once vibrant colors greyed with neglect. Since the fall of Communism, however, the city has been rediscovered. In 1992 it was named a UNESCO World Heritage Site and since that time, it has been revitalized and is one of the country’s most popular destinations.

Like many before me, I fell completely under Cesky Krumlov’s spell. I climbed to the highest point I could find in the city, and set up my camera to capture a panorama of the lovely town perched on a bend in the river.

This entry was posted in City and tagged Cesky Krumlov, Czech Republic.