The Costa Brava is famous for — among other things — its rocky cliffs topped with picturesque medieval castles. At the eastern end of the Lloret de Mar seafront is a particularly lovely example. Its stone facade and turrets are very likely what most people imagine when they picture a medieval castle. 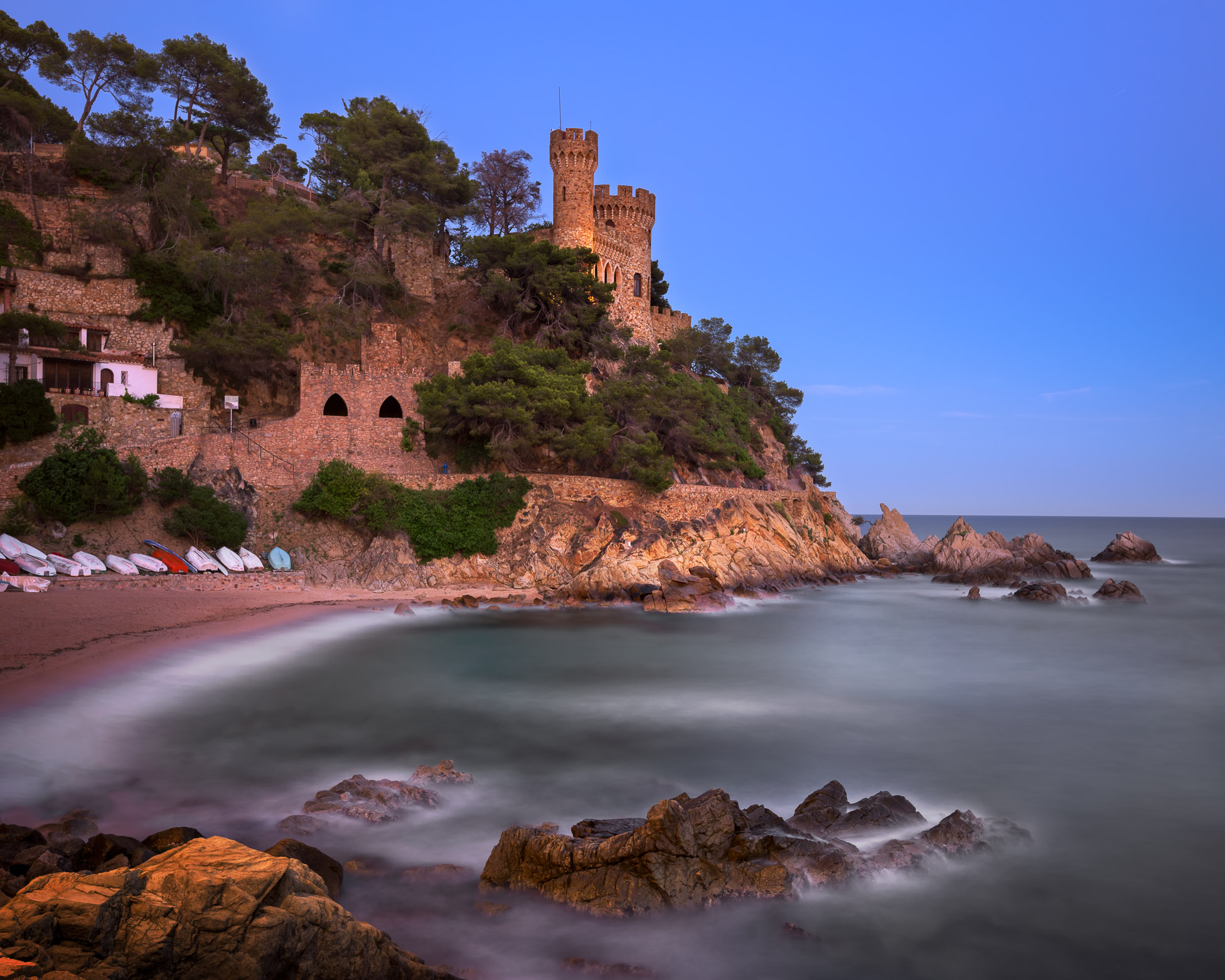 This postcard-worthy castle is not, in fact, what it appears to be: frequently misidentified as the Castle of San Joan, the castle which overlooks a small, rocky lagoon in Lloret de Mar is actually a modern private home designed and built to look the genuine article. The real Castle of San Joan was built in the 11th century. Its history has been so punctuated by warfare and disaster that little remains of the original structure; earthquakes in the 1400s and a British bombardment in 1805 have left little more than rubble to mark its existence.

So the lovely castle perched at the eastern end of Lloret de Mar is not a relic of the Middle Ages, although plenty of well-meaning tourists and photographers have misidentified it as such. It’s no less scenic for being modern. Its appearance and location make it one of the city’s landmarks and a great subject for a photograph. I went early the next evening, as dusk was settling over the seafront. I thought the deep blue sky and mist-like waves coming in from the sea made an especially evocative shot, and I could understand why so many tourists mistake it for the real Castle San Joan.

This entry was posted in City and tagged Catalonia, Lloret de Mar, Spain.