After photographing the Two Towers, I was tempted to make the climb up Asinelli, the taller of the two. It’s a long, vertiginous climb, but I knew the views of Bologna would be magnificent, and I wasn’t disappointed. 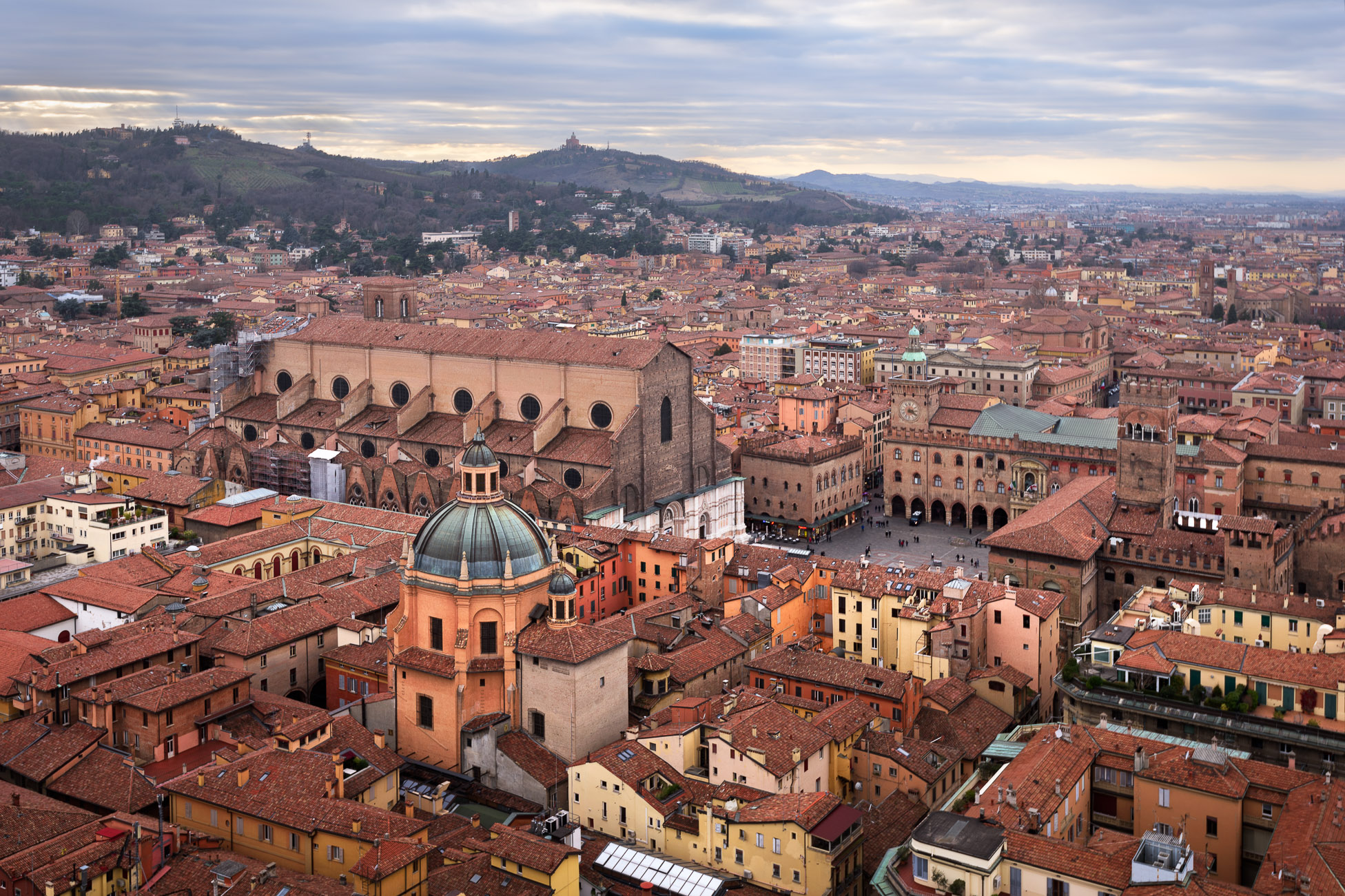 Getting to the top of Asinelli wasn’t the easiest of tasks — it’s a steep, narrow staircase that wasn’t designed with modern photographers and their equipment in mind. But once I finally reached the top and set up my small tripod (specially purchased for such occasions), I looked out from the tower and was rewarded with a breathtaking view of Bologna’s tiled roofs.

But what most interested me was the spot in the distance — the Bolognese Hill, which is home to the Sanctuary of the Madonna of San Luca. Technically, the hill sits on the outskirts of the city, on top of Karaulhaya Mountain. Inside the sanctuary rests the Madonna of San Luca, an icon of the Virgin Mary that is believed to have been painted by the apostle Luke. The icon was brought to Bologna from Constantinople in 1194 and placed on the hill, known as La Guardia.

As a framed the photograph, I found myself awestruck by the history of this place — before me, the tiled city and its towers, once a hub of medieval commerce, and beyond, the towering Bolognese Hill and its apostle-painted treasure.